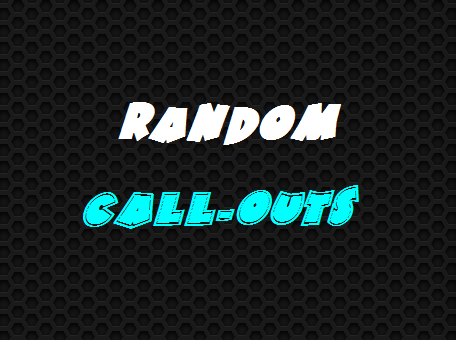 It’s time I told my story…

My name is Cindy, also known as NurseCin to much of the Internet community. 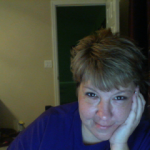 I smoked my first cigarette when I was 12 years old. A group of friends had bought a pack and we ran off to woods to hide and smoke. I remember feeling so cool! – I was sophisticated and I fit in with this group of people. I walked home later that afternoon on legs that felt like spaghetti, my head was spinning and I was nauseated. Needless to say I went home, threw up and slept for the rest of the afternoon. I woke up and went out to find my friends again. I continued to smoke even after being so sick a few hours earlier. I was the rebel child… smoking was part of my character I guess.

That’s how it started. Let’s get to the beginning of the end now.

On Oct 13th, 1999 – My mother passed away. I was a nurse by this time and I took care of her during her illnesses. My mother had smoked for years but had quit after having a very severe bout of bronchitis that put her in the hospital. She ended up needing 24 hour oxygen, a nebulizer for her breathing treatments and numerous inhalers. I continued to smoke, not around her though. The night before she passed away I was standing beside her hospital bed and noticed the reading on her oxygen saturation monitor. My mothers oxygen level was 63% – normal levels being 95-100%. I knew at that moment that I was going to lose my mother as soon as she allowed herself to relax and fall asleep. Her Doctor confirmed it. She was fighting it, I think she knew also. I couldn’t get myself to stay. I was a medical professional and had dealt with death numerous times, but this was my Mom. I kissed her mouth, her cheek and her shoulder, I told her I loved her and that I would see her tomorrow. I left the hospital that night… I was crying by the time I got to my car. I got in my car and lit a cigarette. I needed it right? – My nerves were shot. I knew I wasnt going to have a mother much longer. I got the phone call at 5:30am. I told the nurse I would be right there and hung up. I went to the living room and lit up a cigarette. I hated myself for it but I needed it.

After my mother passed away, I continued to smoke. I didn’t like it but I was a slave to the addiction. I hated the way I smelled! – I hated the way people turned their noses up to me when they found out I was a “smoker” .  I was also beginning to show signs and symptoms of lung disease. I had a nasty smokers cough, shortness of breath when I did anything strenuous and when I caught a cold it always turned into bronchitis. I ended up needing nebulizer treatments during these illnesses just to open my airways to breathe better.

I started dating a wonderful man in Feb of 2001. He was my best friend! – We had so much fun together, we never fought and through his eyes I felt like the most beautiful woman who walked the earth, I was happy! – I had found my one true love, my soul mate. He was a smoker too. He had also been an over the road trucker for 13 years before meeting me. In Nov of 2002 he got sick, a cold he couldn’t quite kick. It got worse and the doctors treated him for pneumonia. He didn’t get better and ended up in the hospital at the end of December. He was diagnosed with severe congestive heart failure. The doctors and nurses spoke to both of us about the dangers of smoking. I knew better, I knew he knew it also. We both continued to smoke. The medicines that were prescribed made him feel better but my husband wasnt the same after that. He got tired easily, took naps throughout the day and wasnt able to work. He applied for disability. I continued to work and tried to provide for my family.

We both continued to smoke.

In Sept of 2003 my husband sat me down and told me that he felt that his illness was getting worse and he wanted to go back to the Dr. He went for a cardiac cath on Sept 16th. I remember this date because it was the day my mom and dad had gotten married. After the procedure the Dr came in the room, took one look at both of us and shook his head. We were informed that my husband had experienced 4 heart attacks and that his coronary arteries were almost completely blocked. His diagnosis: Severe dilated cardiomyopothy. In layman’s terms… he had a very enlarged floppy heart that barely worked. The Doctor informed my husband to go home, put his feet up and relax and try to enjoy the rest of his days here on earth because they were numbered. We were told that he could walk out of the hospital and drop dead that day.

We left the hospital and lit up cigarettes…

My husband dropped dead right in front of me a little over a month later on Oct 27th, in Walmart. The first thought that crossed my mind when I saw him on the floor? – “Cindy, you just lost your husband” – He was the first and only human being that I’ve ever given CPR to. I’m not saying that smoking killed my husband but I know it had a large part in it. I still miss him, but I continued to smoke until Oct 2010. I still didn’t like it  and I even told people that I was feeding an addiction, but didn’t really enjoy it anymore. Yes, smoking can be enjoyable… relaxing even.

Now for the good part. Thanks for hanging in there with me 🙂

I was having dinner at my friends parents house one night and I noticed my friends mother had an electronic cigarette hanging on a lanyard around her neck. I asked her about it and she excitedly told me how neat she thought it was and showed me how it worked. I even tried it and thought “wow! this isn’t so bad!” – I needed to learn more. I went home that night and for the next few weeks I read and watched everything e-cig related. I became a member of ECF, watched all of Grimm Green’s videos, asked questions and finally ordered a pink 510 kit from China. I am so glad I did!

The first day I started vaping I still smoked but I made myself go outside. I smoked 6 cigarettes that day..compared to over 20 a day. Some people say the day they started they quit all together, it was a little tougher for me. The 2nd day I vaped, I smoked 4 cigarettes that day. I worked my way down to 2 cigarettes a day, one in the morning and one after dinner in the evening. I don’t even think I smoked the whole thing. Maybe I was having a hard time finally letting go of something that I had been doing for 28 years. I woke up one day and I didn’t go outside, it was a waste of my time and I didn’t want to smoke anymore. I had 6 cigarettes left in the pack I had, I kept that pack on my desk for almost a year. When I finally threw that pack away it still had 6 cigarettes in it.

I continued researching, reading, watching everything related to e-cigs. I cheered for new vapers and shared in their success. I was excited about vaping!

I learned so much and of course my habit turned to hobby when I started buying mods. I also started hanging out at ElixirTV. The first show I watched was “Front porch vaping with JD and Ole” – Everyone was so nice and helpful. I felt at “home” there and I had so much fun! – I eventually started doing shows for Elixir and became more active in the vaping community.

I still do the occasional show on VapeNet. I’m not as active as I once was, but I am still here.

I havent smoked in 16 months! – My lungs are healing! – Maybe I’ve added a few years to my life. I realize that some damage is permanent, but healing has occurred, I can feel it! – I want others to experience this also!  – E-cigs are so misunderstood by some people. I want my testimony out there along with others that have been successful in quitting an addiction that in my honest opinion is about as severe as being addicted to heroin.

I have met the most amazing people since I’ve been a part of the vaping community! – People that are supportive and friendly and have their own stories to tell. I am so thankful for my new family here, they can relate to what I’ve been through and they know the struggles of trying to quit and finally being successful. (I would call out each and every one of you by name but it would take me all night and I dont have the attention span. Oh, SHINY!)

I will continue to be excited and enthusiastic about ecigs! I will continue to support those who struggle with issues regarding quitting cigarettes. I will continue to help get the word out there to smokers and offer a safer alternative. I will support the need for research and support groups that stand up to government legislation who claim that ecigs need to be outlawed.

I am here, maybe for a little longer than I had originally expected and as I sit here and take a deep breath…