How Electronic Cigarettes Affect Your Lungs: Results of an Online Survey of Users

If you trawl the net, you’ll find there’s little data on how ecigarettes effect your lungs.

So, with some help from researcher Paul Bergen and vaping bloggers (and from lots of you lovely readers!) I asked vapers how switching to electronic cigarettes had affected their smoker’s cough, ability to exercise and do strenuous jobs and lung capacity.

I’m leaving the detailed analysis to scientist and researcher Dr Konstantinos Farsalinos, who has generously agreed to analyse the results without requesting any payment, but thought you might to look at a summary of the results.

Chart 1: How Long Have People Been Using Electronic Cigarettes?

How long have you been using electronic cigarettes: Obviously, the less time you have been vaping the less likely it is to have any effect on your health.

It’s interesting, though, that nearly 40% of those surveyed have been vaping for more than a year. That’s very different from the survey we carried out with the University of Alberta in 2009, when most vapers had only been using electronic cigarettes for a short period of time.

Chart 2: Change In Smoking Habits After Switching To Ecigs.

Which of the following is true: Although the survey is focussed on health improvements, it’s heartening to see only 4 people claimed they smoked more after switching to ecigs. I was surprised, though, to see 17 people who hadn’t smoked before starting to use e-cigarettes. This question is important, because we need to see if any health improvements are greater among people who only use electronic cigarettes. (I am going to leave the cross analysis to Dr Farsalinos, though!)

Again, it’s not the focus of the survey, but it’s good to see that 77% have stopped using tobacco cigarettes entirely, and 15% only have the occasional cigarette.

If you had a recurring cough before switching to electronic cigarettes: The results were clear: almost two thirds (63.9%) felt that their smoker’s cough was better after switching to ecigarettes. Less than 3.4% felt that the cough was worse or unchanged.

Chart 5: Ability to Exercise After Switching To Vaping

Has your ability to exercise: Great news if you like sport – 72.9% of vapers reported an improved ability to exercise after switching.

Chart 6: Ability to Do Strenuous Jobs After Switching to Vaping

Has your ability to do strenuous jobs (e.g. gardening, lifting, housework e.t.c.):

Of course, some people don’t exercise – but nearly all of us have to do housework. So we wanted to know how vapers’ ability to do tiring jobs had changed.

If you are aware of your lung capacity, has it: The aim of the survey was to work out what the effect of electronic cigarettes on the lungs were, so this was the most important question! The results were amazing – over 70% reported an improvement in lung capacity.

Chart 8: Were Changes in Lung Capacity Confirmed by a Doctor?

Have changes in lung capacity been confirmed by a doctor: Assessing your change in lung capacity is a more subjective question than most of the questions here.

But from conversations with vapers I know some have had their lung capacity measured, usually because of existing health problems.

22.2% of the vapers told us that changes in lung capacity had been confirmed by a doctor, which I hope will be useful when assessing the validity of the results.

(Fewer people answered this question, as we used skip logic so that people who had answered not applicable to the question eight jumped to the end of the survey.)

Potential Problems With This Survey:

Of course, as Professor Carl Philips recently pointed out, all open surveys have problems. I am sure Dr Konstantinos will point out more, but to my mind some of the biggest problems with this survey are:

1. As participants were recruited by social media, vaping forums and blogs, many participants are likely to be enthusiastic vapers which may lead to bias in subjective questions.

2. At the same time, there is also a danger that:

3. Ideally, this study would be carried out by a University or a Doctor – the only reason we did it was because the data was simply not out there.

Nevertheless, the results are fascinating, back up anecdotal evidence – and hopefully will inspire further research.

Electronic Cigarettes Do Not Damage The Heart 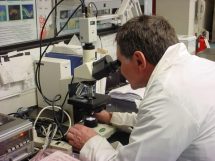