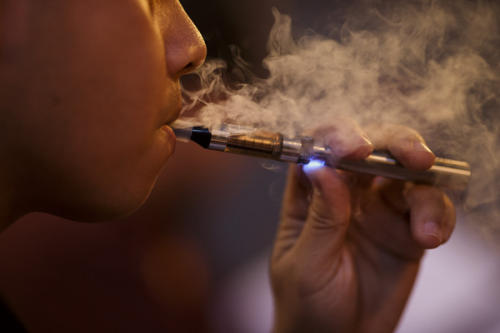 There is a difference between a mouth pull and a direct pull. Most e-cigarette users do mouth pulls, while typically the ‘cloud chasers’ (people who try to produce large amounts of vapor) do direct pulls. In this post, I’ll define what both are and explain their use.

This is the common way to pull from an e-cigarette. By performing mouth pulls, you won’t get as much vapor as you would from a direct pull, but you’re also less likely to cough and your throat will be less likely to be affected by the heat from the vapor.

It’s uncommon for e-cigarette users to do direct pulls, but it isn’t non-existent. Typically, direct pulls are performed by advanced users who use rebuildable atomizers. By doing a direct pull, the user is able to inhale larger amounts of vapor, compared to only mouth pulls where the amount of vapor you inhale is the volume of what your mouth can hold at one time.

If performing a direct pull, it is recommended to use a low strength of nicotine, such as 12mg or lower. Using a high nicotine strength can create a harsh throat hit that will be likely to make you cough profusely. In addition, be careful when performing a direct pull because the heat hitting the back of your throat directly off the coil can possibly cause harm or irritation.