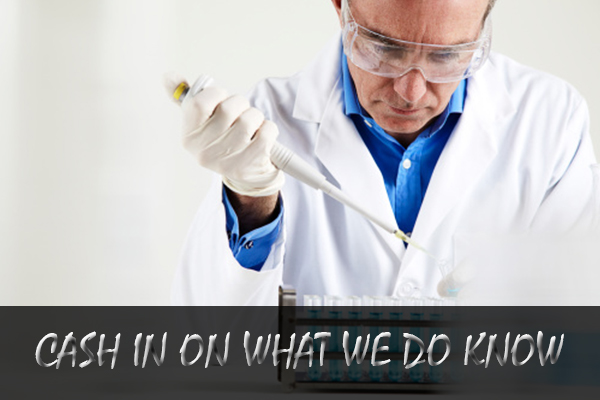 As I plunder through the many headlines of ecig related content, though all being different, they’re all relatively the same with spun words that deliver the same message.  What we’re currently facing with the latest electronic cigarette news is what we’ve become some-what used to, with high paid PR firms blasting away at the industry’s still new and crippled body.  Electronic cigarettes lack research in some areas, while other areas have become very bright and known. While each new study offers a promising future, those against us are bloating the stream of headlines letting the public know that the long-term health effects of vaping are still unknown.

Indeed, this is their “plan b” when all else fails. Those against electronic cigarettes and the use of know this is something we can’t defend, simply because knowing the long-term effects of vaping will ultimately rely on time.  However, we’re not one’s to easily lay down and take a beating, so in the mean time let’s cash in on what we do know.  Today, we’ll list some of the science behind ecigs that you may have overlooked or didn’t know about.

2012: The Prominent Side of Nicotine <- Shows nicotine isn’t as evil as what they make it seem like.

2012: Study – Results For Vapor Versus Smoke <- Shows that vapor is less harmful than smoke.

2012: Study – Ecigs and Air Quality Safety <- Shows the air quality of vapor isn’t near as harmful as smoke.

2013: Study – Low Levels of Carcinogens and Toxicants <- Shows that toxic levels were significantly lower than what’s found in smoke.

2013: Study – Ecigs Primarily Used To Quit Tobacco <- Shows that ecigs are primarily used as an alternative to quit using tobacco.

2013: Study – E-Liquid Makes The Grade <- Shows that e-liquid is as good, quality wise, as everyone claims.

2013: Study – Propylene Glycol Might Keep Us Healthy <- Shows propylene glycol may be a powerful deterrent against certain illnesses when vaporized and inhaled.

2013: Study – Efficiency and Safety of An Ecigs As Tobacco Cigarettes Substitute <- Shows ecigs hold promise for reducing the number of cigarettes smoked, and can lead to enduring tobacco abstinence.

2013: Study – Half of Smokers Have Used An Ecig At Least Once <- Shows that smokers are trying ecigs and many continuing with them.

2013: Study – New Findings on Ecig Use <- Shows that smokers who use ecigs to quit smoking tend to be younger and more motivated.

2013: Study – Ecigs Are Not A Gateway To Smoking <- Shows that ecigs do not act as a gateway to tobacco/smoking.

2014: Study – 63% of Public Okay With Vaping <- Shows that the majority of the public is okay with people vaping around them.

2014: Study – Survey Proves Benefits of Ecigs <- Shows that there are great benefits with the use of ecigs.

2014: Study – Ecigs A Valid Option For Asthmatic Smokers <- Shows that using ecig is a valid option for smokers who are asthmatic.

The truth is, all of these studies prove the many benefits that ecigs offer as an alternative to smoking.  However, in the eyes of those who are against us, it’s just not enough.  We’ll always face those that aren’t ready for change and those who have been corrupted by money, but in time their arguments will dwindle, just as it has with each new study you see on this page.  Until then, you should feel comfortable as a vaper and openly share this information with your friends and family… just look at it as a way of cashing in on what we already know.

For more posts in our science and studies category, feel free to visit: guidetovaping.com/category/science-and-studies/