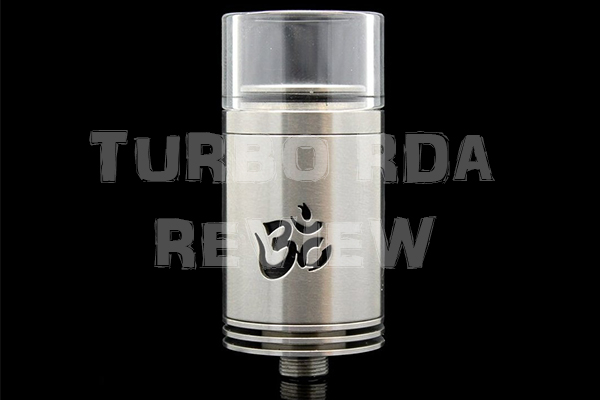 Highly known for its unique and not-so unique products, Shenzhen Tobeco Technology has become a household name when it comes to the electronic cigarette industry.  The company has been manufacturing electronic cigarette products since 2009, sitting in a 1000 square meter factory that’s manned by more than 400 employees spanning across 10 production lines.  With its latest product, the Turbo RDA, Tobeco manufactured, but let its supposed U.S. team design the fascinating product.  Today, we’ll give you a look in this Tobeco Turbo RDA Review.

The Tobeco Turbo RDA looks sleek and simple, especially with the combination of its heat sink fins that rest at its base and the ohm symbol that acts as adjustable airflow.  There isn’t a lot to say about the looks of the Turbo from its outer appearance, other than the wide-mouth glass cap, which plays well with the looks as well.  However, I will say that Turbo RDA is pretty tall, but the size is understandable being what this rebuildable is. 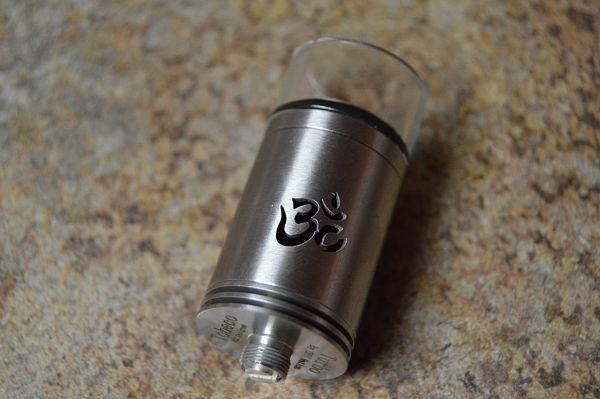 The Turbo has plenty of features, such as the pyrex glass cap at the top, the cut out ohm symbol on both sides of the RDA that is adjustable airflow, and the heat sink fins that are on the base, which dissipates heat.  Inside the Turbo RDA, there is a deep drip well, the negative posts are milled to the deck, the center positive post is square to eliminate the post from spinning, and the main feature is the PC grade turbine fan.  To touch base on the fan inside the Turbo RDA, it works just as it should.  We can only hold so much vapor, so telling you you’ll produce more vapor wouldn’t be true. 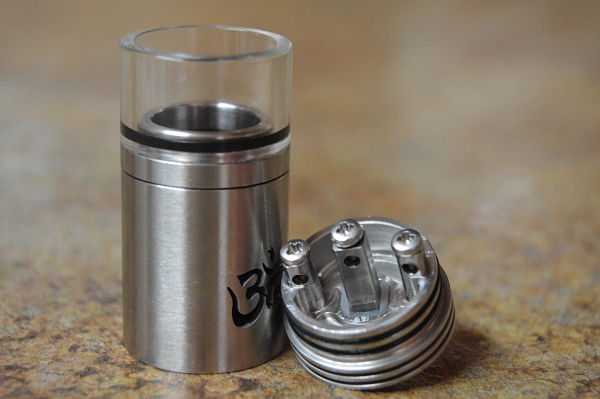 What it comes down to is that the Turbo’s fan cools down your vape and helps you pull in vapor with less effort.  For me personally, I’m able to pull in more vapor than I normally would, because when vapor is too hot, I’m not able to inhale as much… my throat just can’t take it.  So, in my case, I believe I’m able to produce more vapor than normal because of that.  The kazoo sound is pretty cool, I must say… but the cool wears off pretty quickly.  Once all your friends have heard it, it isn’t as much of a big deal, and when you adjust the airflow how it should be to maximize vapor, you don’t hear it as loudly.  None the less, it’s a great conversation piece.  My only dislikes is that I’ve noticed the fan doesn’t spin when I don’t have much juice on my cotton, and I’m honestly stumped on why.  It may however be that the condensation has built up and making the fan stick.  Another small thing I’d like to point out is that there needs to be a screen protecting your airway from the fan.  I’ve already heard reports of these fans breaking, so it could be a serious problem if one breaks in the middle of an inhale.  Either way, I’m way pleased with this RDA’s features and have no serious complaints.

The Turbo RDA performs outstanding in every which way.  It’s easy to blow huge clouds, just about with any build.  The build deck is nice and big, so you’re able to slap on some big coils followed by big cotton bed since the drip well is a substantial size as well.  Flavor is very possible with this RDA if you cut down the airflow quite a bit, but the Turbo rebuildable dripping atomizer was made for clouds, and it does its job well. 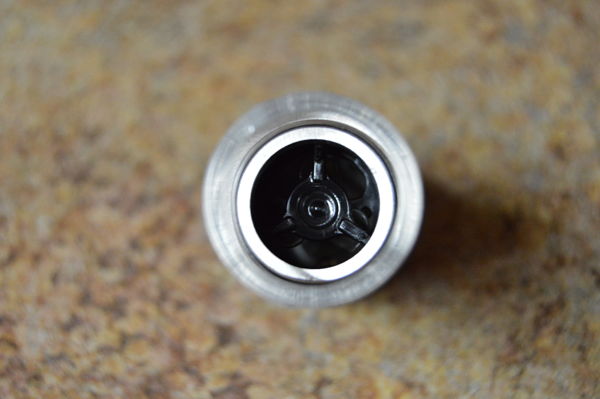