Save Some Money For Cyber Monday 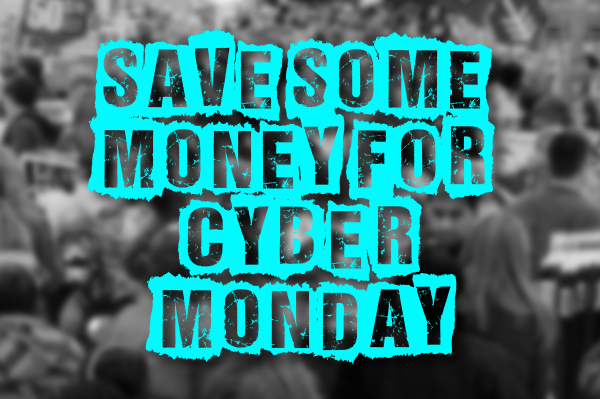 While many people were out beating each other half to death, believing that they are getting the best possible deals at the lowest possible prices, many of us are saving our money for Cyber Monday.  Though Black Friday does in fact offer some pretty incredible deals, most of the time you can sit back on your couch and find prices just as low due to ongoing sales.  That being said, if you aren’t shopped out, we have some pretty spectacular deals for Cyber Monday that’s just begging for your attention.

Direct Vapor is a solid company that’s shown us time and time again that they are reliable and easy to do business with, 365 days a year (I may be a slight fan boy!).  For the sales weekend, they are offered 10% off site wide, plus free shipping to keep everyone spending.  However, if you were like me, you are willing to hold out until the Cyber Monday Sale you will be rewarded with an extra 5%.  That is 15% plus free shipping, a deal that will be impossible to beat.  I almost forgot to mention, when you spend $50, they will also send you a $5 gift certificate.

As many of you may already know, Vapor Beast always has a ton of deals on their site.  They don’t care if it is the day after thanksgiving or the middle of June, frugal vapers know to check their clearance section before blowing money everywhere else.  Before you go spending $100 on something that catches your eye on Facebook from your local store, you may just want to check here first.

Another of our favorite places to shop, VaporDNA will be running their sale all the way through the weekend.  They have made it simple, “BF10 ” will get you $10 off any order over $60 and “BF30”  will take $30 off a bill over $150.  Just to keep everyone happy, they have even thrown together a bunch of seasonal bundle packs to get everyone in a festive mood.

A solid company with a solid reputation. Vapor Shark has the devices that everyone wants to get their hands on.  One of the few companies who decided that the weekend wasn’t long enough, they decided to make the coupon code “CYBERWEEKEND” good until the 1st.  What does that do for you as a customer: 20% off everything site wide, including the DNA 200 devices everyone has been salivating over.

Jwraps has become known as the go-to store for truly customizing your device.  They offer wraps for all the most popular devices on the market, and they’ve grown quite the reputable source for vape stands and cup holders for your mods.  Due to the Black Friday weekend and Cyber Monday event, when you buy one wrap, you get another wrap for free when using discount code “JWBOGO”.  But that isn’t all, all stands and cup holders are 20% off when using discount code “BLKFRI”, and every order goes into a random drawing for a chance to win the Opus D DNA200 Mod.

Let’s Not Forget The Little Guys

All weekend long there will be amazing deals from the majority of your favorite e-liquid companies as well.  Check out their Facebook pages for coupon codes and the length of time they will be running sales for.  Pretty much every company you can think of will be running sales throughout the weekend, most into monday, so do yourself and your wallet a favor.  Don’t run out and grab the first thing you see because it looks like a bargain.  Sit down, research the item then hunt it down like a rabid dog.  You will save yourself a fortune and a bunch of bruises from the crazy ladies of Wal-Mart.