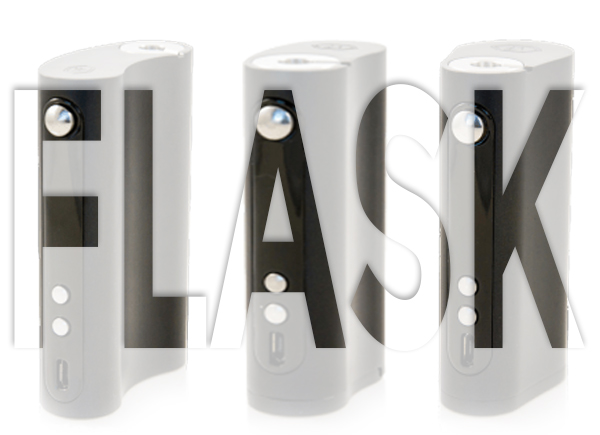 Vape Forward, Vapor Flask, and Wismec are some of the most well-known names in the vaping industry.  Unless you are brand new to the vaping game or have been living on a desolate island for the last year, chances are you know who they are.  Wismec seemed to appear out of nowhere in the dead of night and take the industry by storm, with their out of the box innovative designs and their proprietary chipsets, making devices more affordable to a wider market than their more expensive competition.

While many of us were in love with the original Vapor Flasks by Vape Forward, the price tag attached to the DNA series chip’s made them unattainable, always just over our price point.  Now, thanks to the latest collaboration, the new Vapor Flask collection has been unveiled, complete with Wismec chip’s and a price tag that no one can complain about.

The design may seem confusing at first, but, believe me when I tell you that having one of these in your hand will put a whole new spin on your vaping game.  It’s not just the ergonomics that will have you coming back for more, but also the extensive list of features that each device has to offer.  The 3 beauties in this collection are elegant, simplistic and are officially ready for your perusal.  Kick back, take a look at the specifications and see which one is right for you. 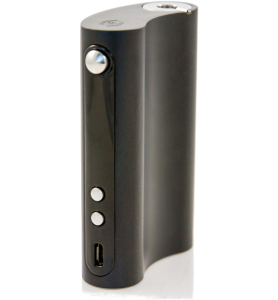 There was something about holding the Vapor Flask for the first time that just made it feel right in your hand.  The curve of the body made it comfortable to hold and use in either hand, and the Vapor Flask Classic holds true to that design.  Ergonomically manufactured for ease of use and comfort, while keeping sleek timeless lines.  The Wismec designed chipset is upgradeable, although it comes directly from the manufacturer with some hard-hitting statistics.

Making use of dual 18650 high drain batteries, the Classic can pump out 150 watts of vaping power, ranging from 0.1Ω to 3.5Ω in standard vaping mode.  No self-respecting high-end mod would be complete, however, without temperature control capabilities.  The Vapor Flask Classic offers temperature control output for Titanium, Stainless Steel, and Ni200 coils, in a 0.05Ω to 1.0Ω resistance range, giving you the option to find your perfect vape between 200 and 600° F.  The 3 button control face has the signature Vapor Flask rounded firing switch and the adjustment buttons align with the screen.  The screen is organized over 2 lines, showing power, temperature, resistance voltage and expected battery life.  Everything about this mod screams quality, all the way down to the snug fitting magnetic battery cover that fits so perfectly you could almost forget it was there.  If you had any love for the original Vapor Flask line-up, this mod is definitely for you. 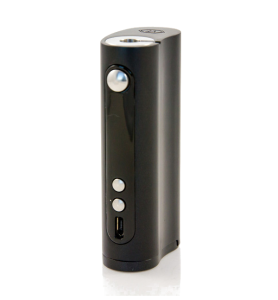 Maybe the 150 watt box seems like a little too much power, maybe you are looking for something with a little less surface area to be more discreet while vaping.  Do not worry, they have you covered with the 75 watt Vapor Flask Lite.

In keeping with the ergonomic approach, the Vapor Flask Lite has a curve to its design, and in all honesty, it just looks like a trimmed down version of its bigger brother.  The same sleek modern lines, the same screen and button configuration with micro USB port for upgrading, and it even supports the same coil systems for temperature control.  The only noticeable difference in this new take on a timeless style is the fact that they removed the space for one of the batteries and moved the compartment door.

Rather than the side opening panel of the Classic, the Vapor Flask Lite has a swivel hinged opening door in its base, with radial vent holes for safety and a magnet to keep everything closed.  One other feature to mention is the Lite’s “Bypass Mode”, which mimics an unregulated device by allowing the user to fire at the batteries voltage.  More for those who miss their tube mods, but a fun feature to have from time to time. 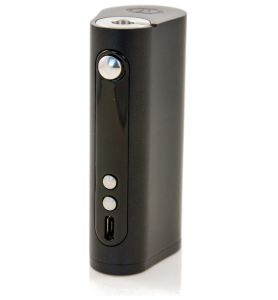 The Vapor Flask Stout has been described as the most radical redesign of the Vapor Flask platform, and I have to admit that this is THE ONE that has me most excited.  My first impression when I saw the mod was: “Awe, the Reuleaux, and the Vapor Flask had a baby”.  The wedge-shaped design is one that I have fallen in love with as it fits comfortably in either hand.

Utilizing the power of a 26650, with more mAh and higher amperage ratings than the 18650’s, has enabled Wismec to design a chipset that will make this mod the flagship for the single 26650 regulated category.  Pumping out 100 watts on a single battery is a claim that can not be made on an 18650 device, unless of course it’s carrying 2 or more cells.  Small, sleek, and a beast when activated, who wouldn’t want to own this guy?

Other than the fact that it looks different and uses a different type of battery to its brothers, the main features are ever-present throughout the series.  It takes the battery compartment from the Lite with the magnetic swivel in the base, but offers almost as much power as the behemoth of the family.  This is a series in which you can spot the familial similarities while each device has a unique personality that will keep vaper’s happy everywhere.