As more and more vapers switch over to sub-ohm vaping systems, and many new vapers have never known anything else, we decided to put together a quick and easy set of guidelines that people should live by when using coils or coil sets below 1Ω.  Kick back, grab a brewski (or a soda), and let’s do some learning.

What Do We Class As Sub-Ohm Vaping? 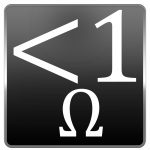 Sub-ohm vaping is the act of using a vaping device with a coil or coil set that in combination fires at less than 1Ω (ohm).  The majority of pre-made coils coming out for the larger tanks (Sub Tank, TFV4 – pretty much anything you see in the display case of a dedicated vape shop that is 22mm wide) are sub-ohm coils.  They produce larger, denser clouds of vapor and have been adopted by many as a more satisfying vape than was previously available.  They tend to burn through batteries faster as their low resistance allows more power to flow through.

This side of vaping has become less important since the advent of the regulated vape mods that many of us take for granted, but if you are using a mechanical device, battery safety is key.  Make sure that the cells you are using can handle the build you are going to use, because there is nothing worse than your tube mod venting.  If you are building your own coils, make sure you use a good Ohm’s Law calculator, that you are fully versed in battery safety, and that you know the only batteries you should trust. 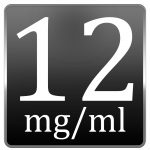 If you were using a pen style vaping device before, using 24 or 18mg/ml nicotine (2.4/1.8%), you may experience feelings of nausea when you switch to the sub-ohm systems, simply because you are trying to use the same e-liquid in the new setup.  As we said earlier, the lower resistance allows for more vapor production, which means that you are getting more nicotine per hit.  A good rule of thumb is if you were using a 24mg/ml solution, drop to a 12.  For comparison, some gas station cig-a-likes contain up to 48mg/ml of nicotine, but produce so little vapor you barely notice it.

Tip 3: Don’t Be Afraid Of The Vapor

It sounds crazy, but many people are afraid to inhale.  It’s not a conscious fact, but unless you were an avid smoker of “other substances”, direct to lung inhaling is foreign to cigarette smokers.  A great way many people begin to get the hang of it is by simply hitting the button, letting go, and then breathing in.  Over time, the act of inhaling massive amounts of vapor will become second nature and you will notice that you rapidly want to decrease the nicotine level in your e-liquid.

These tips are literally at the top of the pile.  There are many other posts on this site and various others that will guide you further on your journey, and I am hoping that the comments section below will fill up over time with other snippets of information to point you in the right direction.