Is there a single person reading this, right now, that needs a 300 watt box mod?  How about a 200 watt mod with temperature control?  The reason behind these questions is simple, and one we are about to explore.  Who gets to decide what you as a vaper needs and how are they qualified to make decisions regarding your life.

While this isn’t something that most people think about on a regular basis, many aspects of our lives are already regulated in ways that we do not even notice.  Our fight with the Food and Drug Administration here in the United States and the implementation of the Tobacco Products Directive in Europe is shining a stark spotlight on meddling bureaucrats who think they know what is best for everyone else.

Vapers have been told that they aren’t allowed to buy bottles of e-liquid holding more than 10ml, and if they vape over 20mg/ml, they are out of luck.  They’ve been told that they aren’t allowed to own tanks that hold more than 2ml of e-liquid at a time (let’s not even get into open systems at this point), all in the interests of protecting children from accidental nicotine poisoning.

If the people who created these laws had been able to show the reasoning behind these restrictions, and it made sense, we probably wouldn’t question any of it.  As it happens though, the majority of it was created by folks who were losing money hand over fist to the vaping industry.  The directive was designed to regulate vaping out of existence, and if it wasn’t for Public Health England and The Royal College of Physicians the authors may well have succeeded.

Shifting Focus Back To The United States 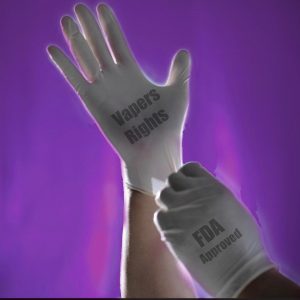 Here, we’re on the brink of watching the entire vaping industry collapse under the sheer weight of regulatory burden that is being placed on its shoulders.  These regulations were written over two years ago, but were left on a shelf until last month, out-dated before they were released, they are now attempting to crush a technology that has been deemed 95-99% less harmful than cigarettes.

Back to the question that brought you here in the first place.  While you may want a 300 watt box mod, these regulators don’t care.  As far as they are concerned, the laws that they have put in place are the first step on the road to taking control of every aspect of your vaping life.

In the next month someone at the FDA may decide that any box mod that fires over 50 watts may be bad for your health.  All they need to do is find the right “scientist’ to back up their claim (as we all know, there are plenty of them willing to take the money, sorry, come to the appropriate conclusion) and the next thing you know, all you can buy is a 50 watt box.

There are people everywhere trying to, not just restrict, but remove your right to vape.  If you aren’t doing everything in your power right now to fight against vaping regulations at the local and Federal levels, come August 8th you will see the beginning of the end.

If you don’t know where to start, jump over to the list CASAA (Consumer Advocates for Smoke-free Alternatives) put together and make sure that your voice is heard.  If you don’t, it wont be a 300 watt device you are hoping to find, it will be a bottle of e-liquid to vape.

The FDA Regulations and Vape Advertising

More American Smokers Than Ever : Quitting