When it arrived, temperature control was considered by many in the community, myself included, to be a technological gimmick aimed at getting experienced vapers to buy new gear that they didn’t need.  Today, we are going to explore the concept that new users of electronic cigarettes and vaping devices should look at this as THE best way to begin their vaping journey.  Recent comments from our readers on our “Fastest Way To Kill Your Coils” post pointed out a couple of reasons why many of us have already adopted temperature control.  Let’s spend the next couple of minutes discussing why temperature control devices and coils are exactly where we need to point the soon to be ex-smokers.

I ran a nautilus dry as a bone today. It’s so easy to do. I guess because I never had to pay attention to the amount of a traditional cig I had left, I don’t think of the amount of liquid that’s left…
I kind of made tc my safety control.

If you don’t fully understand the concept of temperature control, you can find it outlined in our “Beginners Guide“, but the TLDR version is that it was invented to make sure that coils never got hot enough to char our wicks and create the harmful nasties that 3rd rate reporters and hack scientists love to tell the world happens every time we vape — in essence it was developed to end dry hits.

1. Vapers Forget To Fill Their Tanks

Another common problem I used to run into frequently that would burn up my coil quickly was forgetting to fill my tank up with juice before it ran completely out. I can’t count how many times I either wasn’t paying attention or just plain forgot about checking my juice level and took a huge draw only to get that AWFUL dry hit! Talk about GROSS!! 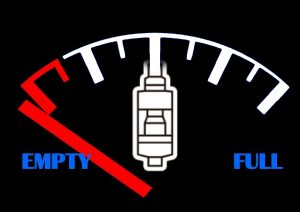 We all do it from time to time,  people  forget to check how full their tank is until they get the dry hit from hell.  Running on empty will give you the acrid taste of a thousand burning flip-flops in 2 seconds flat.  Using temperature control devices, in theory, registers that the coil is dry and refuses to power it.  I say in theory because some of the older models didn’t do a very good job of registering the change in resistance on the coils but the latest products all seem to do a reasonable job.  I would recommend keeping one eye on the fill level at all times, but temperature control is a lot more forgiving than burnt coils.  As Thomas said, this is a new skill set you have to pick up when you begin vaping, simply because with a cigarette every hit was a burnt one.

2. New Vapers May Give It Too Much Gas 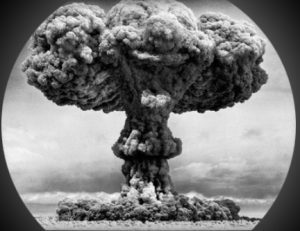 Brand new vapers running Kanthal coils have a really bad habit of turning the wattage up too high and cremating the cotton.  It’s a lot easier now as 99% of pre-made coils have the wattage ratings etched into the side, but that’s only useful if you read it in the first place.  As soon as a temperature control coil tells a mod that it’s about to go nuclear, the mod takes away its electricity.  Think of the TC settings as a restriction on a gas pedal, even if you try to go over the speed limit its going to stop you.

Taking into account the number of coils that new vapers may accidentally destroy, setting out with temperature control can quickly become the most cost efficient way to go.  Not only will you save time, energy and  money on replacements but they will also last longer if used correctly.  On top of that, you will use less power from your batteries (increased battery life) and spend less money on e-liquid;  controlling everything else also means you consume less juice.

There are several other reasons why we believe that temperature control is going to become an integral part of the vaping experience, generally due to Government oversight of the industry, but that is a topic of discussion for a different day.  As always, we leave the comment section open for discussion from our readers, as we are sure you have much more to add to this post.