Earlier this week E-Cigarettes: a developing public health consensus made the headlines around the vaping world and Public Health forums outside of the United States.  This page and a half statement, published with the backing of a plethora of British health organisations may not come as a surprise to anyone who has followed the ground breaking releases of Public Health England and the Royal College of Physicians.  It should however become a piece of required reading for anyone who is placed in a position to make positive change for public health, as when combined with the P.H.E. report and the R.C.P statement, it not only puts to bed the majority of myths surrounding vaping but ends with a stinging rebuttal for anyone who claims a lack of evidence on e-cigarette efficacy and safety.

The group named as authors, include:

and almost appears to be, in points, questioning the ethics of their peers abroad.

We all agree that e-cigarettes are significantly less harmful than smoking. One in two lifelong smokers dies from their addiction. All the evidence suggests that the health risks posed by e-cigarettes are relatively small by comparison but we must continue to study the long-term effects. 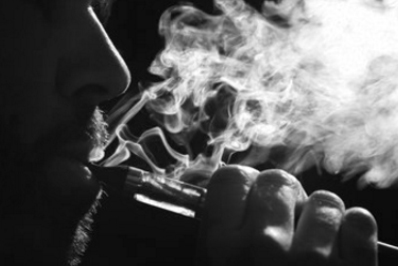 Even the FDA will admit that vaping is considerably safer than the alternative of smoking cigarettes and if memory serves me correctly even Mitch Zeller made a statement several years ago to that effect.  Something to do with if we could get all smokers to switch to non-combustible electronic devices, but that was before they decided to destroy the industry.

As we know, the British medical community regards e-cigs and vaping devices as tools to aid smokers quit the habit, as well as consumer devices, and the evidence they have supports the concept.  The statement underlines the fact that 3rd rate “scientific studies and hack reporting have caused a major problem.

millions of smokers have the impression that e-cigarettes are at least as harmful as tobacco. Over 1.3 million UK e-cigarette users have completely stopped smoking and almost 1.4 million others continue to smoke. We have a responsibility to provide clear information on the evidence we have, to encourage complete smoking cessation and help prevent relapse to smoking.

While the British health organisations are trying to clean up the mess created by organisation losing their fortunes as vaping proves to be an efficient tool in the cessation tool box, the American Government is doubling down on bad policy decisions at every level.  With many states placing sin taxes on these products to make up for lost revenue in cigarette sales to the FDA’s de-facto ban on almost every product currently on the market, the difference is not only very real, but extremely stark.  The reason behind their clamp down; the exact same 3rd rate hacks that make most members of the general public believe that vaping is as harmful as smoking.

There is no circumstance in which it is better for a smoker to continue smoking – a habit that kills one in every two and harms many others, costing the NHS and society billions every year. We will continue to share what we know and address what we don’t yet know, to ensure clear, consistent messages for the public and health professionals.

Britain has obviously taken a drastically different route than the one currently being proposed in the United States, they are working with the evidence they have collected and will continue to seek answers to any remaining questions while our “health care professionals” have decided that the approach taken should be that of the 15th century church:  if it doesn’t fit in with the dogma we have created, we will burn it, and anyone who mentions it, at the stake.

They are in the business of saving lives with which ever tools are at their disposal, exactly what are we to believe the FDA intends to accomplish?

The complete statement can be found at: https://www.gov.uk/government/uploads/system/uploads/attachment_data/file/534708/E-cigarettes_joint_consensus_statement_2016.pdf