Pioneer4You products and YiHi chipsets are inseparable, you open up any iPV device and you will find YiHi etched onto the brain.  Since the iPV5 these devices have had the option to use SXPure technology and the Janus Tank was designed solely to take advantage of this technological break-through.  Doing away with traditional coils, the u-shaped coil-less system that is inside eliminates the need to wrap wire and fiddle with wicks — or at least what the advertisements will tell you.  I have had the chance to play with one of these tanks for the last 2 weeks and over the course of the next couple of minutes we are going to pull it apart, take a close look at the system and see if SX pure technology, on the Janus at least, is worth the hype it’s received.

I received the SXPure Janus from GearBest strictly for the purposes of this review, and as always the opinions expressed are my own and not influenced by outside sources.

As far as looks go the Janus is a little bit of a plain jane.  With a polished Stainless Steel top cap and base, from the outside the tank is unassuming as it looks so simplistic.  Unless you pay attention to the laser etching around the airflow ring you would probably never know where it came from.  Frosted glass seems to deliberately mask the internal components and all of these things combined actually make this a very appealing tank.  If a company has to emblazon its name on every surface of its products to help them sell, I generally don’t see them as being high quality, as they are trying to sell a concept on a brand rather than its own worth. 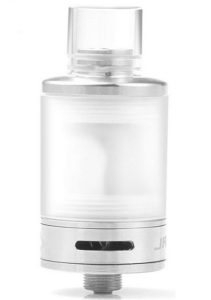 Smok.  Featuring a 2ml e-liquid reservoir most vapers will not see this as a tank that can go for hours between refills but the simple top filling system negates any concerns.  The drip-tip on the Janus is a fixed feature,  the connection coming out from the tank and having a glass tube pushed over the top rather than a standard mouth piece configuration.

Airflow control comes from the base with 2 10mm by 2 mm slots carved into the adjustment ring, which clicks as each one reaches the end of its designated rotation.  You’ll get plenty of airflow if you want to run the Janus wide open but it can be closed off for low volume, mouth to lung hits if you choose.

Now lets talk about the SXPure coil head.  The positive side of the 510 connection on the tank is actually the base stem of the coil, which for the unprepared can cause problems.  Changing cotton within the internal heating element is as simple as removing the cap from the coil and placing a new strip of wick in place.  No more twisting wicks and hoping you got them the right thickness, with the coil-less system simplisity seems to be the overall theme. 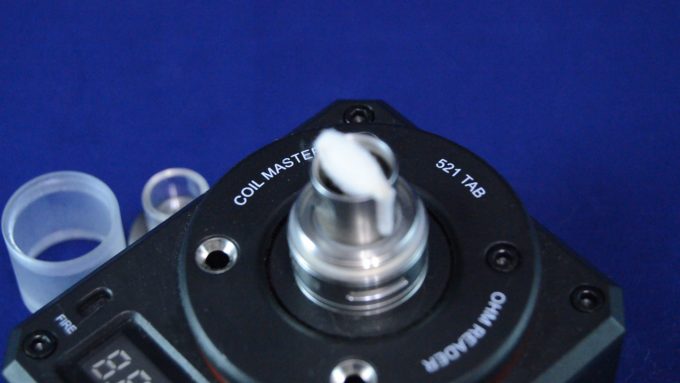 Using the SXPure Janus will go one of 2 ways very quickly, you will either be in love or hate the thing.  Putting everything together is simple, the internal threading on the glass makes everything feel seemless, putting the wick through the heating element is exactly as promised, super simple, and as long as everything falls into place you will have a great experience with it.

The coil itself, running as low as 0.05Ω may appear to be useless on many mods but when combined with the SXPure settings on the YiHi chips, this little thing rocks.  Massive clouds, decent flavor but this system was not designed for chain vapers.  Even at less than 50 Joules, that glass drip tip can get hot very quickly and the massive wicks can actually work against you if you aren’t careful.

Attempting to use the tank with a mod that isn’t SXPure compatible however will quickly result in aggravation.  Most of the systems on the market are not capable of firing coils as low as this one. 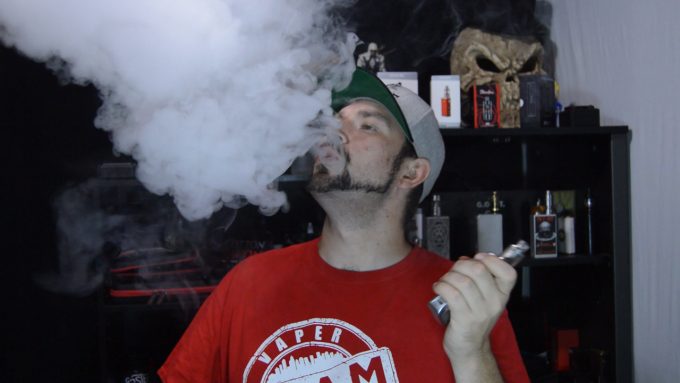