Right To Vape Tour To Launch In October

When I used vaping to quit smoking almost 3 years ago, the last thing on my mind was taking on the Federal Government and the States to ensure that life saving products could stay in the hands of people like me, smokers looking to get away from cigarettes.  Over the last year and a half, as the FDA’s regulation of the vaping industry has loomed over-head like a pack of vultures waiting for a lone man in the desert to fall down, the thing that saved my life has become my life.  I’ve made countless friends who share my mind-set, looking to educate Politicians who have as much knowledge about vaping as a 2-year-old does about Quantum Mechanics but feel that they have not only the right, but are obliged to crack down on vapor technology.

Consumer organisations have been formed, trade associations are in place, lawsuits are about to hit the courtrooms but most people feel as though we should be doing more.  There have been calls for demonstrations, actions by the body of the vaping community to get awareness of the issues, to let Joe Public know that the FDA regulations will do nothing for future generations but ensure a safer alternative to smoking is all but eradicated in less than 3 years while cigarettes remain unchanged.  What could be good for the 4 o’clock news could turn out to be disastrous for the industry though, a small group of vapers showing up could tell the law-makers we are attempting to reach that in reality there aren’t enough of us to care about and business should go ahead as planned.

I was told by a good friend several months ago that the time for vapers to stand up would appear like a beacon in October, and it appears as though our beacon will be riding on the top of a tour bus!  We have a Right to Vape and that is the exact message being broadcast. 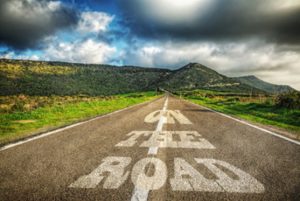 The Right To Vape Coalition, made up of Americans for Tax Reform, the Consumer Advocates for Smoke-free Alternatives Association, the Smoke Free Alternatives Trade Association and The American Vaping Association and everyone that they represent will be hitting the road in 15 battleground States to educate law-makers who are up for re-election and ask them to pledge their allegiance, so to speak,  in the fight against the FDA in the lame duck session as the election season ends.  The tour will be focusing on Nevada, California, Oregon, Washington, Montana, Wyoming, Colorado, North Dakota, Minnesota, Wisconsin, Illinois, Indiana, Ohio, West Virginia and Pennsylvania, many of which are currently embroiled in idiotic battles against vaping due to these same politicians being mislead by organisations and industries that would prefer to see a nation revert back to 1999 as far as vaping goes.

Paul Blair, state affairs manager for Americans for Tax Reform, said the goal is to educate lawmakers and the public on the health benefits and safety of vaping, and to raise questions about taxing small businesses. He said the coalition will be urging lawmakers to amend the FDA rules in an end-of-year deal budget, including a broad omnibus spending bill.

How ever we look at it, October is a huge month for the Vaping Industry and community as the battles that will decide the future for all of us are about to begin.

Find out how you can get involved with the Right To Vape Tour, make donations and follow the progress of this ground-breaking movement at righttovape.org, and be sure to follow them on social media and prepare for the fight of our lives to begin.