Turning The Predator On/Off:  After installing the batteries, rapidly clicking the fire button 5 times will bring the device to life. To put the Predator 228 back in an un-powered state, 5 more clicks will power it down.

Setting The Resistance of Your Coil:  Whenever you install a new coil into your tank, the Predator should ask if it is a new coil. Make sure you hit the fire button while nothing is attached to the 510 to ensure it is reading zero. Always install new coils at room temperature for an accurate reading of the coil, otherwise you could be left with a burnt coil on the first hit. When you hit the fire button, the Predator will ask if it’s a new coil, hit the left button to say yes and the device will read the resistance.

Stealth Functions:  While the device is powered on, simultaneously hold the fire button and the left adjustment key to switch the screen display from on to off. If you ever notice that your device is working but the screen is off, you have probably put it in stealth mode and there is no need to panic – happens more often than most people would care to admit on almost all devices.

Key Lock:  Pressing the left and right adjustment keys simultaneously while the device is switched on will prevent the user from accidentally changing settings on the go.

Screen Rotation:  You can flip the screen 180° by powering the device off and hitting the left/right adjustment keys simultaneously.

Setting The Wattage:  As long as the Predator 228 is in wattage (VW) mode, changing the wattage is as simple as pressing the left and right buttons to raise and lower the wattage.

TC / TCR Modes:  Under TC/TCR modes -while the mode is flashing- press the left adjustment key to enter the sub-menu, then press the right button to choose between the various modes and confirm with the fire button.

GET THE WISMEC PREDATOR 228 MOD HERE 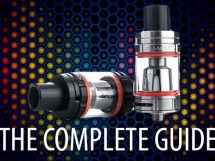 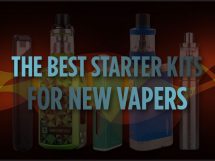 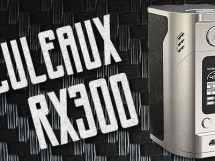