Believe it or not but Iowa’s Attorney General, Tom Miller, is now encouraging the FDA to reconsider its e-cig regulations. This is a huge shock to many around the world because Tom Miller is a 9-term Democrat Attorney General that was behind the suing of big tobacco companies that concluded in the MSA (Tobacco Master Settlement Agreement), which forced tobacco cigarette manufacturers to pay states billions of dollars. In fact, Miller was also a past Chairman of the anti-smoking Truth Initiative and the former head of the National Association of Attorneys General. As you can see, Miller isn’t any friend of big tobacco.What is Miller up to now? Well, he’s now educating public health professionals and policy makers about the public health gains that might be realized through vapor products and encouraging regulators towards an approach that would encourage those who can’t stop smoking or won’t quit smoking to switch to e-cigs. 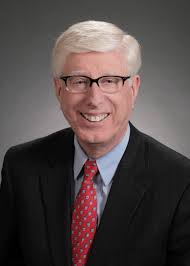 What is Miller up to now? Well, he’s now educating public health professionals and policy makers about the public health benefits through the use of vapor products, while encouraging regulators towards an approach that would encourage those who can’t quit smoking or won’t stop smoking to switch to e-cigs. What’s incredible about all of this is that Miller has worked side-by-side with tobacco control groups and government agencies for decades, yet now he’s expressing his concerns for misleading messages coming from them. Miller means serious business and he’s taking his message all across the globe. He’s even gone as far as London last year, thanking British leaders for understanding the health benefits of transitioning smokers away from cigarettes to much safer vapor products that contain no tobacco and produce no smoke.

There are 40 million adult smokers in America today. If every one of them switch to an e-cig, we would save 10-15 million lives of the 20 million lives that would be lost. — Tom Miller

Miller is disgruntled by the fact that Americans are being misled of the dangers associated with e-cigs so much that he authored a letter with twelve other U.S. and world public health leaders to encourage the new FDA Commissioner Scott Gottlieb to immediately reconsider and improve the regulatory framework for vapor products.

It is clear beyond reasonable doubt that vapor products present lower risks to nicotine users than smoking.

It’s incredibly nice to have someone at the top that understands the benefits of vaping. Though many wouldn’t have imagined it, someone with such a stance on tobacco companies has become one of the very few top elected officials that have separated vaping and smoking, rather than seeing them as one. At one time we as vapers were enduring the long-tailed fight all alone, but now we’re gaining traction, receiving much-needed help by many in the right positions, and it’s now our job to support them. 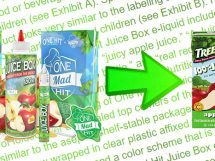 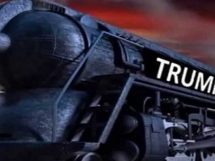 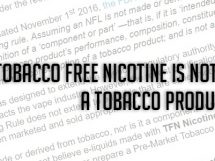 FDA Confirms Tobacco Free Nicotine Is NOT A Tobacco Product