Already creating a buzz on the market, the Air Pro Vape Pen has many in the world of CBD excited about this new vaporizer. It’s a vape pen designed for most alternative oils and liquids, and it’s being considered as one of the easiest to use vape pen systems currently on the market. There are many features about this device that separates it from others, so we encourage you to continue reading about this revolutionary vape pen by Airo Vapor. 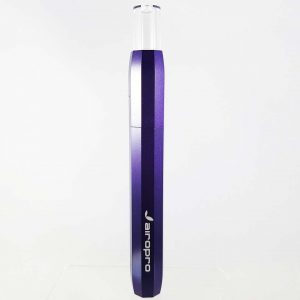 Constructed of an all metal material, the Air Pro Vape Pen delivers extraordinary durability, yet maintains an ultra-lightweight feel. The device is comfortable to hold due to its slender profile, and it’s just as easy on the eyes as a result of its sleek design and various graphite colored options that give it some appeal.

The question that could be asked is why the Air Pro Vape Pen stands out above its competitors, which isn’t a tough question at all. First off, the device is a High Times World Cannabis Cup Winner, which is placed to high regard. It’s a device that not only performs outstandingly well but is also one of the most affordable vape pens on the market in its class. The device is most known for being virtually unbreakable and button-free. Without hassle-driven buttons or any settings to complicate the experience, this makes using the device and enjoying it for long periods that much more satisfying. It’s a device that is leak resistant, and it’s also touted to produce up to three times as much vapor than an average battery, which mainly stems from its innovative ceramic atomizer system that comes integrated into each cartridge. While the magnetic cartridges are brand-specific and color-coded to indicate flavor and the terpene profile, you can also use a magnetic adapter to use any CCell cartridge.

The AiroPro Vape Pen is ultimately a no-fuss vaporizer system, meaning it has no complicated buttons and to use it, you simply take a draw and it’s automatically activated. Once the device is activated by airflow, the device will then vibrate to indicate you’re using it and letting you know it’s working perfectly. Another subtle buzz will happen once again to indicate if the battery is getting low. You’ll feel two buzzes after using the device if the battery is almost dead. Positioned at the rim of the bottom of the device, an LED light exists and will flash to further indicate the battery level. To charge the battery, it’s as simple as plugging in any micro-USB.