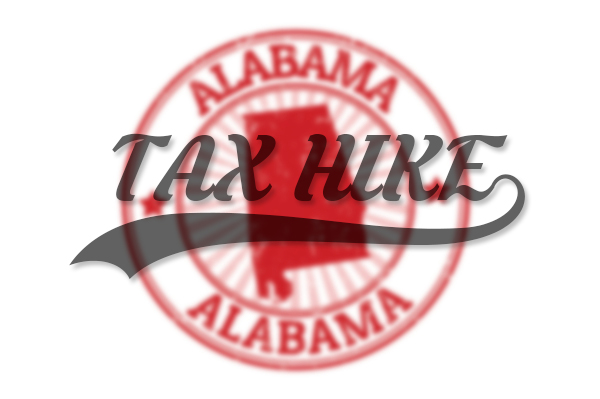 As the state of Alabama raises the cost of a pack of cigarettes by another 25 cents, they may be inadvertently leading many people to the end of their financial ropes.  In an attempt to “help people quit”, which is in reality just another thinly veiled government attempt to raise revenue on the back of a preventable disease, they may have over played their hand.  It is no longer the 1990’s where people just bite the bullet to continue to get their nicotine fix, the people now have a less harmful alternative to combustible tobacco, and its name is vaping.

The recently adopted $1.75 billion 2016 state General Fund budget includes about $166 million in revenue-generating measures, including the cigarette tax increase that is expected to raise about $70 million a year.

Studies have shown that increasing cigarette taxes reduces the number of smokers and deters youths from starting to smoke. The benefit of fewer smokers, studies have found, is a savings in health care costs.

$70 million dollars is the number predicted to be generated from taxation on tobacco products alone, almost 1/10th of the budget, what are they going to do when this easy source of money disappears?  A large percentage of smokers are in that low-income bracket, and in all honesty there is only so much blood you can squeeze from a stone.  The percentage who already “roll their own”   has been rising over the last few years and people have started to notice that they can still get their nicotine without the majority of the dangerous chemicals found in traditional cigarettes.

“Taxes keep going up and up, the poor keep getting poorer and the rich keep getting richer,” Addie Foster, of Decatur, said after buying two packs of L&M cigarettes at Fuel Zone on Sixth Avenue Southeast.

Foster paid $4.25 Thursday for each pack of L&M’s. Those same cigarettes cost her $3.98 a pack on Wednesday.

“It’s not so much the tax is going to make me quit, but it’s going to be a consideration as a health matter,” she said.

Schmelter said she knew the state was increasing the cigarette tax but forgot that it was going into effect. She paid $41.19 for a carton of cigarettes Thursday that would have cost less the day before.

Garner said a few customers stocked up with four or five cartons before the tax went into effect.

“We’ve been telling them for the last week and a half or so,” she said.

The $2.50 added cost for a carton of cigarettes from the tax hike also produces an additional 23 cents in sales tax in Decatur.

An electronic cigarette starter kit at Vape Kloudz costs about $45, Knowlton said. The e-cigarette’s liquid solution will cost about $25 a month, she said.

Knowlton, 48, smoked for about 30 years before quitting more than two years ago.

“I feel a lot better,” she said. “I can see where I’ve definitely saved money.”

Why Vaping Needs Its Own Classification

We need to make sure that vaping is not attached to these “tobacco product” tax hikes for several reasons.  One reason is pretty obvious, as combustible cigarette prices rise, the lower price point will attract people to try the new technology.  While the FDA may be sitting on the fence with their classification of electronic cigarettes, the British Government have declared that they are 95-98% less harmful than their combustible counter parts.  From a public health standpoint, which is one of Alabama’s reasons for the increase in taxes, this technology will potentially reduce health care costs.  While smokers would continue to pay exorbitant amounts before, they now have the opportunity to spend less money for a product that contains far less toxic ingredients and reduce their  impact on the health care system.

We, as a community dedicated to reducing the effects of tobacco products on society should all be banding together to make sure that this technology is around and affordable long enough to do its job.