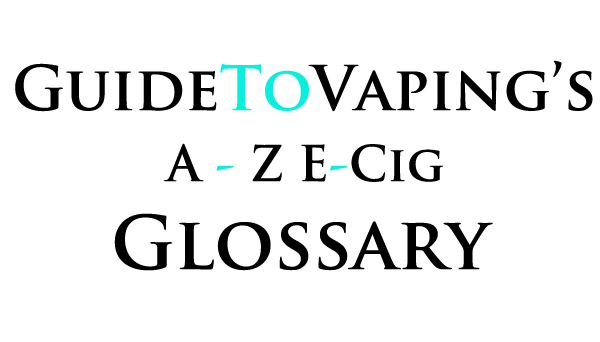 Note To Any New Users: Please do not get confused. Vaping is simply a battery, a heating element and some e-liquid to vaporize. Refer to this glossary as needed.

Please let us know in the comments below if you see or know anything that needs to be added or changed. I know these words aren’t in alphabetical order, but we’ll get to that soon. 🙂