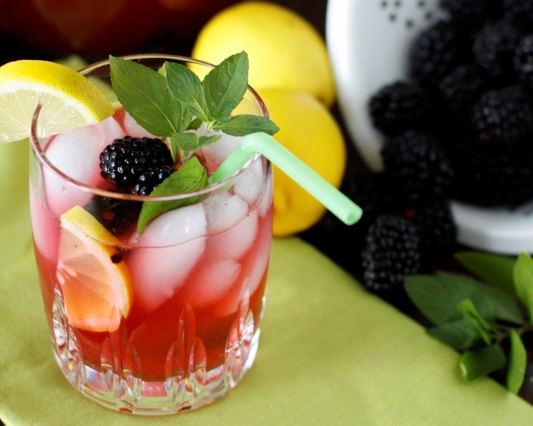 Blackberry Lemonade from iVape.net is much like the rest of their flavors that I’ve tried, and that can be summed up in many words, but the one I like to use which best describes iVape juices is ‘awesome’.  I kid you not, I’ve tried three flavors from the iVape store and each of them takes my first, second and third spot for being the best flavors I’ve vaped.

Today I received my order in the mail from iVape.  I received Cherry Limeade and Watermelon, which I’ve already did reviews for those two.  They immediately became my all day vape and now I have Blackberry Lemonade that also came in the mail with my order to add to the list.  Now, I’m not sucking up to iVape (coughiloveyoujoecough) and I’m not a fan boy, but overall, I can honestly say that they know what they’re doing when it comes to making some really good juice.

Ever since I made my order for the Blackberry Lemonade at iVape.net, my wife has been hounding me asking “When will the iVape juice be here?, Is it here yet?, Is it here yet?”.  Judging by that, I think she was pretty excited about having her second all day vape as well and let me just tell you, she found it.  She arrived home from work, exhausted and barely functioning, I took it that she had a rough day.  Being the good husband that I am, I went and fixed her something to drink and filled her atomizer with the Blackberry Lemonade.  I watched her as she took a toot from her EGO with a 1.8ohm bauway atomizer and all I seen was the stress melt away.  Her eyes literally rolled back and her head fell back.  To cut this story short, I immediately stole her EGO from her, vaped all the juice out so I can have it all to myself. (Only ordered a 10ml) Muahaha!

Overall, iVape never ceases to amaze me with their e-liquid.  The Blackberry Lemonade is awesome and I plan to make my next order again very soon.  If you haven’t tried any of iVape’s e-liquid, I highly recommend it.

To see more flavors from iVape or to make your next e-liquid order, please visit http://www.iVape.net