By now we’re sure that most people have seen the brand new all-in-one mod by Kanger, known as the Cupti.  And, we’re wondering could the Cupti design be the future of vape mods?  The first all-in-one mod that Kanger created, the Nebox, was the perfect design for vapers, and many gravitated towards it rather quickly.  However, there were some glaring design flaws, such as the bottom airflow port, which leaked, and the bottom battery cap, which was a pain to screw on and off.

After seeing the disappointed looks on many of its customers faces, those flaws were not only noticed by Kanger, but the company went back to the drawing board with the ideas that we’ve given them.  The result of this experiment is the all new Cupti, and from what we’ve seen, it looks promising.

Why We Think The Cupti Could Be The Future 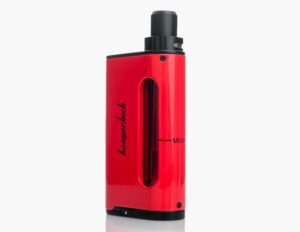 When we think about the release of the Nebox late last year, we remember that it created a massive buzz in the community.  Kanger created a design that many people wanted, but just hadn’t realized it at the time.  The Cupti expanded on the concept and added in many new features.

It has a top airflow, top filling, and leak-proof design, partly to be compliant with the European regulations, but mainly because that is what a lot of the customers were asking for.  There is a quick release spring-loaded door at the base for quick changes of the battery and Kanger moved the buttons out-of-the-way so that clumsy people don’t accidentally change the settings when the go to vape.  The screen is on the top with the adjustment keys and the Cupti looks like a calculated design, engineered to make the lives of vapers simpler.

As an all-in-one design, its compact, and you don’t need to purchase anything other than 18650’s and new coils for the Cupti.  Rather than spending hours trying to find the perfect partnership between device and tank, Kanger has done the work for you with this device.  It makes the process of buying the product quick and painless, so it has the potential to make the vaping experience more enjoyable.

Kanger has been thorough in their attempt to make Kanger Cupti appealing to the widest possible audience, with adjustable airflow control and coil systems for it that are either geared towards direct-lung or mouth-to-lung hitters.  With this device, they are asking the customers to make a decision on their product, as with the Cupti they have tried to create something that makes everyone happy.  Kanger’s quite aware that the more people who enjoy this device, the more likely they are to sell.  If this lives up to the expectations we are being given, they will have absolutely no problems selling the Cupti.

The New Path For Manufacturers? 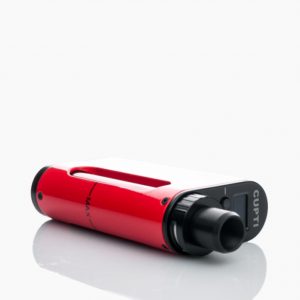 As we mentioned at the top of the post, the Nebox received a great deal of attention in the beginning, due to it being an all-in-one mod.  It was a concept that many vapers could get behind — it just felt as though the Nebox was released without much thought for real world application.  With all the flaws and kinks taken to task, the Cupti could be the new path for manufacturers, as it solves many issues with today’s mods.  We all ran at the Nebox because the concept was solid.

The Cupti All-In-One offers things that vapers have complained about for years.  We hate leaky tanks, and while the concept of the top fill, top coil, leak free design may not be proprietary to Kanger, this device contains these advances.  We complained about devices being too big, and by making the Cupti an all-in-one device with the glass tank built into the body, we can cross that problem off the list.  We complained that some of Kanger’s older products lacked quality, yet the Cupti looks and feels like a solid device.

The Cupti could be the answer for vapers in the future, delivering an experience that is pleasing to your wallet, as well as your lungs because this is a device that was designed for the masses, by the masses.  With many mods, I find myself second guessing, deciding if it is really something I need in my collection, but this one has moved to the top of the list as something I require.  The only change I would make to the Cupti at this point in time however, is the name.

Want The Cupti? GET IT HERE