The latest innovation in the Kangertech EVOD line is finally here.  With the release of the Kanger EVOD Pro MTL system, the manufacturer has set its sights on giving the best possible vaping experience to new vapers and those who prefer the mouth to lung vaping experience.  Throughout its various incantations the EVOD has captured the hearts and imaginations of many vapers, and this new system promises to do the same.  Over the next couple of minutes we will dissect the mod and see what makes it a great choice.  Pull up a chair and let’s get down to business. 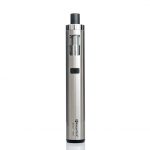 Kangertech is a name known for innovation throughout the vaping industry.  Its devices are popular among new vapers and old alike, generally because they are inexpensive and work as advertised.  For this version of the EVOD system, Kanger decided to literally turn the design on its head, making the chassis and the tank a streamlined integrated system.  At 22mm in diameter, the device is reminiscent of a mechanical mod, but appearance is as far as those similarities go.

Single button operation and electronic protection circuits will make sure that the EVOD will offer a simple and safe experience for vapers of any experience level.  With a 10 second cut off sensor, over discharge, short-circuit, and low battery protection, the EVOD Pro MTL has the latest features to make sure that it protects itself, as well as the user.  Utilizing a single 18650 high drain battery (sold separately) as its power source, the device gives you the option of removing and recharging batteries (it’s always helpful to carry a spare or 2 in a case if you are on the go) or taking advantage of the micro USB charging port built into the side. 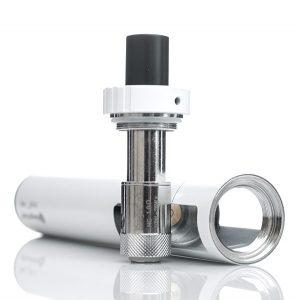 Moving to the top of the EVOD Pro MTL system, you will notice it’s dissimilar to most tanks of this size and appearance. Taking advantage of design features created out of necessity due to the European Unions Tobacco Products Directive, you will find a leak proof top airflow integrated into the cap.  As a device designed to focus on flavor enhancement and mouth-to-lung hits, the dual 2mm air-holes work in unison with the devices other hidden treasure. 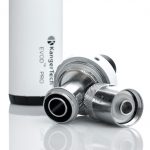 The CLOCC system (organic cotton coil) is not designed for your average setup.  It’s designed for top down access into the 4ml tank space — Kanger took advantage of a 1.0Ω NiChrome coil that is attached directly to the cap and not the base.  The simplified design allows the user to fill the tank without obstruction (only up to the fill line), which means no more spills or losing liquid while taking advantage of a new style of contact connection.

Whether you are a new or an experienced vaper looking for a solid mouth-to-lung experience, the Kanger EVOD Pro MTL should be on your wish list.  It’s simple to use, affordable, and comes in a variety of stylish colors.