When it comes to Kanger, if you hear someone mention the Subox Mini or Subox Mini-C, you probably think they are talking about the exact same set-up.  The Mini is slightly older than the Mini-C, but like many manufacturers, Kanger took a good selling system and improved on it.  Considered a low output device as it’s only capable of kicking out 50Watts, Kanger had the perfect starter kit for new vapers with the original, but consumers had some minor adjustments when it came to the product itself.

Over the course of the next few minutes, we will look at the similarities between these systems — there are quite a few — the differences, and then you can decide if this is a case of reincarnation or if Kanger took its customers thoughts to heart when they put out the Subox Mini-C. 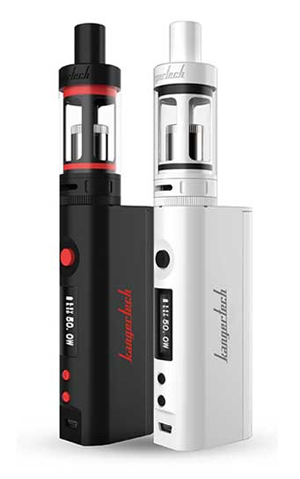 Measuring in at 82mm by 38mm by 22mm, the Kanger Subox Mini is not the smallest 50Watt device on the market, but the devices that are under 60mm in height aren’t powered by replaceable 18650 batteries.  As far as modern mods go, the Subox Mini was never going to win any prizes for beauty or added extras, Kanger gives customers what they need at the lowest possible price.  That’s not to say the device is poorly made, it’s just simple to look at and easy to understand.

Partnered with the Subtank Mini, it was marketed as everything a new vaper would need to get started.  A simple 22mm tank with replaceable heads that were geared for those who had no interest in temperature control coils.  Existing vapers believed that Kanger had missed the mark by not including any of the temperature control functions that were spreading through the market like wildfire, but the company had its target audience in mind and they were buying the product by the boatload. 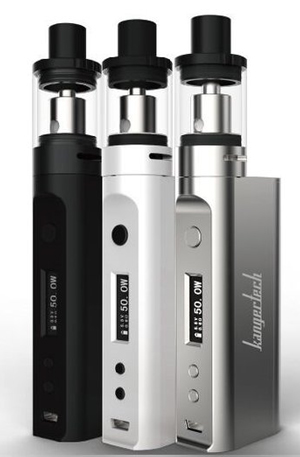 With some simple enhancements to the outer appearance of the mod itself, the Subox Mini-C is the same size as it’s predecessor and performs in exactly the same way.  If you put down your old Subox and picked up the improved version, you would have no problem with any of its functions.  It isn’t as plain as the older version, but you can tell they are made by the same company by the fact that the buttons and screen configuration are identical, but that’s across the board with Kangers products.

Still firing between 7 and 50Watts, as long as there is power in the battery these devices will keep working.  The biggest selling point of these devices is quite literally their selling point — low cost for consumers for devices that do what they need, without any added bells and whistles.

The biggest difference in the packages, however, is the change in tanks, going from the Subtank Mini to the Subtank Mini-C.  Still 22mm in diameter, the new tank offers a simple to use top-filling option, e-liquid flow control, a leak-free glass bowl design, and gives vapers access to Kangers SSOCC coil heads — those Stainless Steel coils by themselves are enough to kick the flavor and vapor production out of the park.

Thankfully, when it came to the redesign of the Subox Mini, Kanger didn’t stray very far from the original design.  They have customers around the world who had become accustomed to their inexpensive low output devices and I know many people who wouldn’t use anything other than the original Subox.  The true difference, in all honesty, is not between these 2 boxes, it’s between them and a market that ran away looking for bigger and better things while leaving the new vapers to be confused by technical jargon and having to learn TCR codes.  Simplicity will always win over complex designs, especially when the customer is just looking for a way to quit smoking.