It’s Independence Day weekend, so we thought for a nice change of pace we could put together a little “What if…” post comparing our modern-day struggle to the war that turned a group of colonies into one of the worlds most recognizable super powers.  This post is in no way designed to encourage vapers across the country to throw boxes of anything into the local harbor.  However, it is a brief look at courage, commitment, and doing what you believe is right when you are in the minority.

The Founding Fathers of the United States and the soldiers that fought for the independence of this great nation were in the minority.  Not many people bring out this point in history, but most people, both here and in Europe, were happy with the status-quo.  To the people of the day, these radical upstarts were looking to rewrite the rules with a world view entirely alien to the common man. 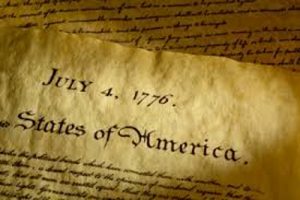 The Government of the day believed, whole heartedly, that its policies and ideals were just, and if the people they governed over didn’t like the rules they would just steam-roll them until all resistance had subsided.  Not only that, it was the job of the people to provide the Government with what ever it required to stay in existence.  The rules were wrong, and even though the people had valid arguments to back up their case, those who ruled had all the power.

When those with ideals stepped forward to face those with power, they hoped that their bravery and conviction to their cause would encourage their neighbors to change their views and stand beside them.  As history shows, many of those neighbors took the position of their rulers for fear of repercussions in the future.  Not only that, many of those neighbors stood to lose their livelihoods if the revolution had failed.  They lacked the bravery and conviction of those with ideals and stayed with the life they knew.

Does any of this sound familiar yet?

It was their collective belief that by changing the rules they could change the world, and as history shows us the Founding Fathers were victorious in their war.  Vapers may not be standing in a firing line, but we should be approaching our modern war against a government that refuses to listen to reason with the same principles.

Imagine if they had given up and gone home the first time the Envoys of the Crown (back then they weren’t referred to as “the British”, as many of the colonist were British themselves) had told them to pack it up.  What would have happened if they lost their conviction the first time the King’s men told them that their task was futile.

– yet we see news stories almost daily based on the simple fact that the government knows best. 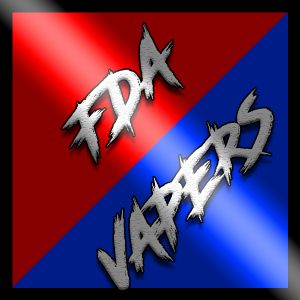 In just the last week, the vapers of Indiana essentially lost their rights to vape, unless the products they use are created under a strict set of rules created to benefit the government, and one particular company in that state.  Across the nation, those in power who now believe that the war of Independence never happened and they’ve become the robber barons of old, imposing unfair taxes on products that they neither understand nor care for, as they believe that the people are in place to pay for ideas that they create.

The Founding Fathers would have already been on the front lines taking these people to task, yet across the country we hear of businesses closing and vapers returning to an extremely dangerous addiction.  We do have modern-day equivalents to the Father’s of which we speak, however the only place they would have ended up was the gallows unless they had the troops to back them up.  Without the troops commitment to the cause, the war of Independence would’ve been nothing more than a foot note in English history.

Even if the newly created leadership hated each others guts, they made the outward appearance of a unified front, to steel their troops going forward and to intimidate the enemy.  Each soldier in the army stood by the side of a man whole held the same conviction, regardless of where they had come from and they didn’t let petty squabbles over who was the best General get in their way.  They didn’t argue over who had the best musket or which tailor sewed the best — their job was simple and they went to it.

At the start of the war, the Army sucked.  They lost battle after battle, and they called into question their leaders judgement, but they had a job to do and nothing was going to stop them.  Imagine if they had all quit, just because George Washington lost a battle or two, or even worse demanded his head because he didn’t do what they wanted.  Imagine if those brave souls had sat around patting each other on the back because they had won a single battle, not worrying about winning the rest of the war.

Do we, as a people, now lack the convictions of the founders?  Are we no longer capable of standing up to the government and making them understand that there are consequences to making wrong decisions?  I see the answer to those questions play out before me every single day.

We have a brave few who are willing to make a stand while their neighbors sit idly by, whether that is because the neighbors believe in the view of the government or have something to lose is unimportant.

Each battle the community loses should make us stand together stronger, make us into a tighter unit, and push toward the next fight.  Our war has barely begun, think of our current place in time as a week before the now famous Boston Tea Party, our small band is preparing to push into the tidal flow that is the American Government as we show them and the world that their view-point on vaping is wrong.

The difference between our battle and the ideals that we celebrate this weekend is the fact that theirs was won on rivers of blood and ours will be won in the court room.