Taking it back a little for many of you, I’ve been wanting to ask if you remember that after sex cigarette?  And, the reason why I want to ask you this question is because I wonder if you still have that type of craving with vaping.  The after sex cigarette was popular, as for me it was the one time where inhaling nicotine made me feel the most relaxed.

If you were a smoker, which I’m guessing everyone reading this was at one point, you have to remember the after sex cigarette.  In fact, the after sex cigarette was so popular that it made its way onto many films: you know, the man shoots up the bad guys, saves the woman, and then they somehow end up in a bedroom where the sheets don’t get messed up during the process, the headboard is squeak-free, and everything in the world is magical — just to get to a point where 30 seconds later the man is sitting up in the bed and smoking a cigarette with just enough light to make him look mysterious.  Yea, that film! 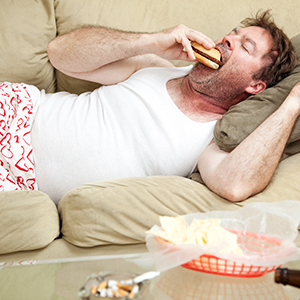 It wasn’t just the after sex cigarette, there was also the after dinner cigarette when your belly was at its fullest, the after waking up cigarette where you could barely see due to the sleep still in your eyes, and don’t forget the after shopping cigarette where you must light up as soon as you step out of the store.  Some believe this is due to the addiction, some believe it’s physiological, and on a more scientific standpoint, others say it’s your body craving the satisfaction that it gets when dopamine is released — which is said to happen when you eat, when you smoke etc.

I’m not here to research this though, I’m simply wondering if you still have that same type of craving now that you vape.  When you finish your intense sex session, do you crave vapor?  What about after eating, while drinking, and is it a dire need to hit that fire button the minute you step out of Wal-Mart?

For myself, I learned a long time ago that I no longer had those cravings.  Once I was able to remove myself from traditional cigarettes, it wasn’t a must to vape after different activities.  In fact, I could go much longer between vaping than smoking.  However, I do still find myself firing up my mod as soon as I leave a store.  It isn’t really that I crave the nicotine, but more-so because that’s what I’m used to doing.

So if you have the time, feel free to leave a comment below letting us know if you still feel the need to fire up that mod immediately after.  Will this information help us or save vaping? No.  However, it is interesting to know and talk about.