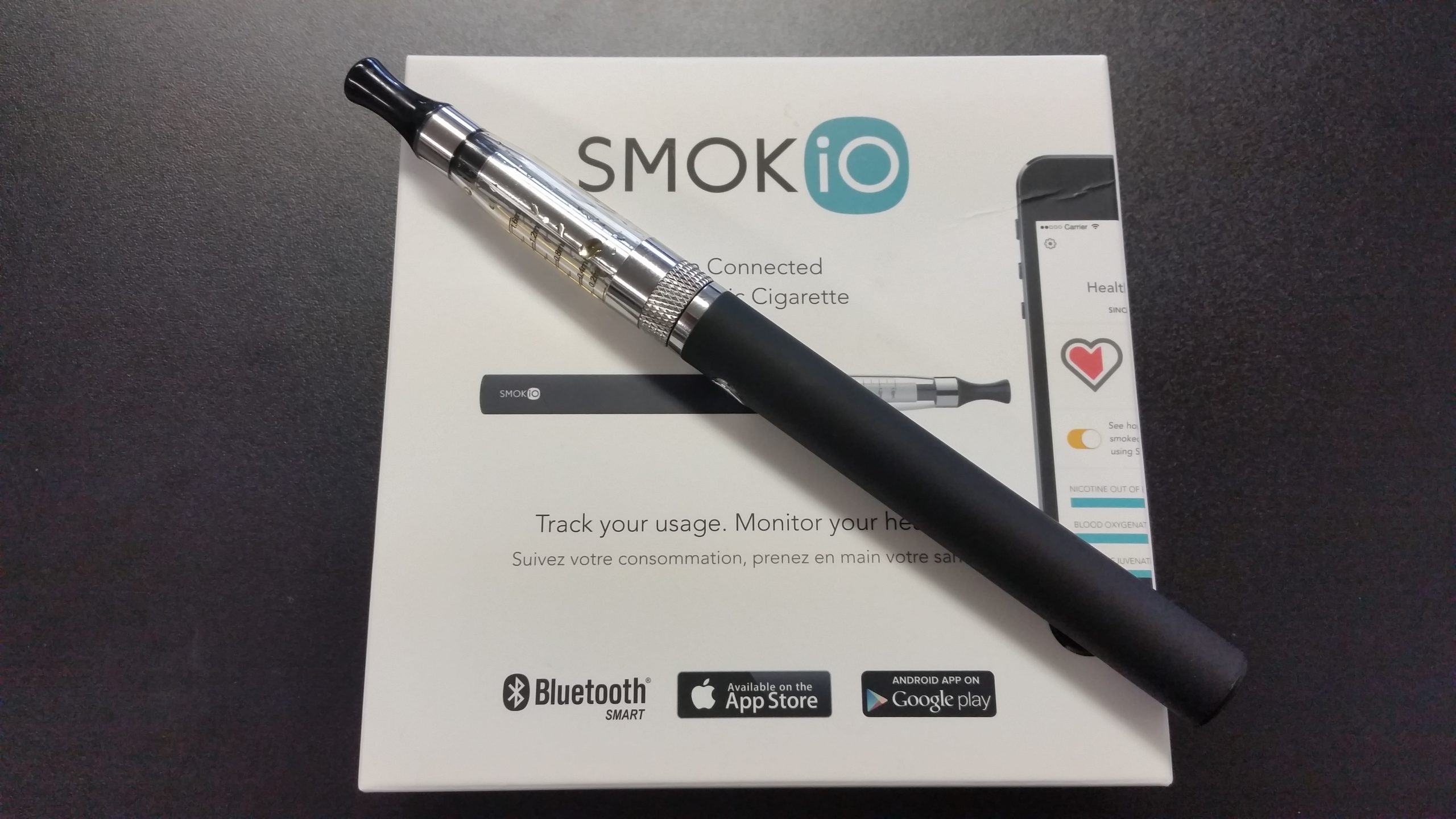 When first visiting the Smokio website, you’ll quickly start to get an idea of the updated or techy persona that Smokio delivers. The website doesn’t look standard – more so of a modern appearance to market its 1 main device, which is available in 900mAh and 650mAh versions, as well as being available in both a kit or “solo” being the device itself. Certainly, the Smokio has its few accessories available for purchase on the Smokio website, but that’s about it. However, don’t take a small selection as a bad note – I actually like the idea that this company dedicates themselves to this one product versus multiple. It gives me the feeling that they’re not scattered, and can place all their attention to the device and improving it for consumers.

Note: Since owning the Smokio, which has probably been around a month now – the Smokio app has already had an update on my Samsung Galaxy S5.

Though I would enjoy telling you this device looks super unique and doesn’t hold an appearance close to any other, I simply can not. The truth is, the Smokio looks exactly like an EVOD e-cigarette battery. Around the flush mount button, there is a LED ring, which lights up when the battery is activated and when being shut off or on.

Where the Smokio device itself lacks in any notable looks, it makes up by the Smokio app being very appealing. Visiting the main screen, the design and layout of the app is very nice. At the main screen, you can view the data calculated by the Smokio app. Being that your Smokio device sends information via Bluetooth to the Smokio app, you’re able to view the battery percentage left, what e-liquid nicotine level you are vaping and the voltage selected for your Smokio device. In additon to data being calculated by the Smokio app, you have the ability to track how long you’ve been vaping, the money you’ve saved, as well as some health related benefits – something I found pretty snazzy, especially for a new vaper that still has concerns about switching to e-cigarettes. Excellent job to the people at Smokio… this is an outstanding and very informal app to those beginners!

Being a mid-level device, the Smokio e-cigarette itself doesn’t have a lot of advanced features, except for its Bluetooth ability – which is quite a major feature in itself – and the selective voltage feature. The selective voltage feature doesn’t display the voltage you’ll be setting your Smokio to, but it does go by a High (4.2V), Medium (3.7V), and Low (3.4V). Though you’re not getting 4.8 volts as you would on something like an eGo Twist, it has to be remembered that this a mid-level device, more so directed towards new vapers. The resistance level of the coil (clearomizer) being used isn’t yet displayed on the Android App, but is available at this current time for the iOS App.

Note: Smokio has informed me that the Android App will be getting another update to include more features, such as resistance display, among others.

The screenshots you see may be different from what is available with the iPhone App. I was informed that the iPhone App is priority and updated first, and soon after the Android App. From using the Android App, everything seems fine, other than some minor flaws, like the first screenshot where the number doesn’t get smaller, and instead just drops the number below since it can’t fit. Also, the Android App doesn’t sync like it should all the time because, through my experience, the phone loses connection with the Smokio quite often. 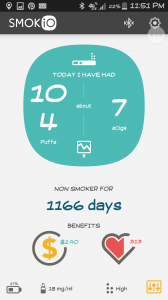 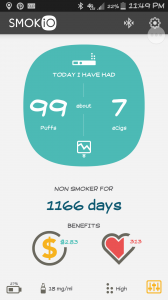 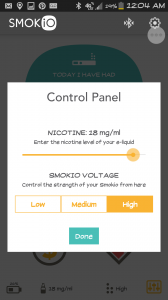 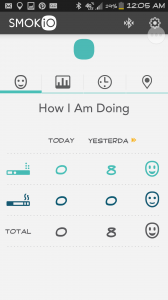 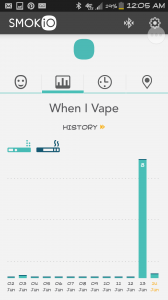 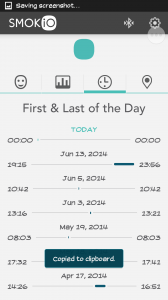 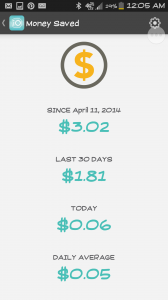 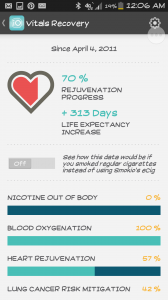 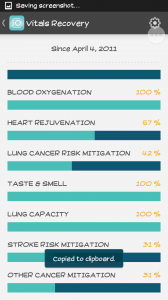 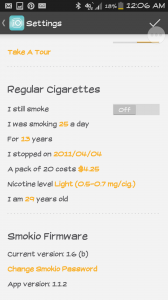 The Smokio works well. With it came a CE5+ clearomizer that has proven in the past to wick decently and produce nice vapor production. Obviously, the 3.4 volt maximum that the Smokio can deliver isn’t quite at my 4.8V preference, but for a new vaper, this can certainly be enough power to offer a great experience. The battery lasts about the same as any other 900mAh EVOD type battery – which is about a quarter to half a day of regular use. My only complaint for the performance would be that the voltage selection isn’t high enough. If 4.8 volts selection was available on the Smokio, I can definitely see this as a more powerful and beneficial device, even past its new vaper focus.