Often you will see a one-sided media; the major headlines filling televisions, radio, search engines and even popular websites with inaccurate and misleading information about electronic cigarettes and its industry. The truth is the majority of these anti-vaper’s (people who oppose vaping) have never held an electronic cigarette, do not know how one works, nor know anything about “our world.”

For those of you who are unaware of what vaping is exactly: it isn’t a way to look cool, it’s not because it has turned into a trend, and it’s also not to quit a nicotine addiction. People – we, the one’s who use these electronic devices – we use them as an alternative to smoking. We could not quit smoking. We’ve tried going ‘cold turkey’, we’ve tried the Big Pharma bullshit, and neither solution worked – we became frustrated. However, when we discovered electronic cigarettes, this was finally our ticket out, finally a way to leave the “smoke” that has killed our mothers, fathers, brothers, sisters, husbands, wifes and friends. We finally got it – we finally understood that we were killing ourselves and we finally understood that we could change the future for ourselves and others. What people fail to realize is we’re trying to better ourselves, and the one’s who are fighting against us, they’re making it incredibly hard to continue bettering ourselves, and if they continue and succeed, that traditional cigarette will emerge into the hands of those who fought so desperately to get rid of them.

If we, the vapers, want to continue using nicotine (which isn’t the part that kills you) because we enjoy it and are addicted to it, that should be OUR choice. These “anti’s” want to remove electronic cigarettes from our lives, and unfortunately, this will force these “vapers” back to the killer tobacco cigarettes. I beg you, I plead for my life, please help us help ourselves.

If you know someone who still smokes tobacco cigarettes, please share this post with them, make this post viral and hopefully they will switch to these miracle devices.

What’s great about this vaping documentary is that it doesn’t give a one-sided approach to electronic cigarettes. It tells you both sides accurately, but at the same time it also gives a very in-depth view into the world of vaping, what we do and why we do it. This video has been one of the best I’ve seen to describe vaping and I’m amazed at how well it described who we are.

To see the full story, you can visit: thenewyorker.com 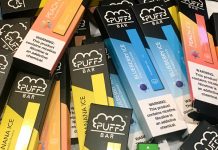 Puff Bars Temporarily Stops All Sales In The U.S. 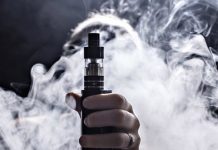 How Many People Died From Vaping: Shocking Find