With electronic cigarettes quickly gaining traction ever since it’s birth, entrepreneurs have been in a race to get a piece of the e-cig pie. Electronic cigarette companies have been opening all throughout the world, creating new jobs and more marketing opportunities that reach into different markets.

The latest brilliant marketing strategy for electronic cigarettes is pushing them towards jails. CrossBar, an electronic cigarette company, was built specifically to market it’s product directly to correctional facilities. In other words, they sell e-cigarettes to jails, and the jails then sells them to inmates with a large markup. In fact, some correctional facilities are marking the e-cigarettes up to as much as $15 and $20 dollars.

The ONLY electronic cigarette designed by a jailer specifically for use in correctional facilities. 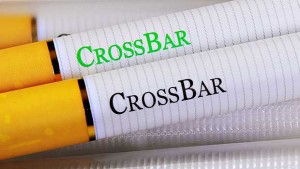 Indeed, the disposable electronic cigarette that CrossBar has produced, was specifically designed for the use in a correctional facility environment. Though the e-cigarette is the shape and size of a standard disposable e-cigarette, it differs by coming “inmate proof.” – Not only is the housing of the e-cigarette a soft plastic, but the power source or battery has been articulately selected to produce the best performance, while maintain the highest consideration for the environment of a correctional facility.

Furthermore, correctional facilities can obtain the e-cigarette in both Regular (Tobacco) and Menthol flavors, as well as the device being housed in a “Corrections Orange,” a traditional appearance that looks similar to a common tobacco cigarette, and a Clear housing, which will show the e-cigarettes internals.

Clearly, this idea was perfect for the on-going correctional facility issues, but what this really proves to us is how valuable and beneficial electronics will be for different markets within the world we live in… rather it be to prevent harm to the body or for addicted and eager to light up inmates.