Vaping has become increasingly popular in the last decade or so, only ten years ago hardly anyone had heard of vaping, but now there is an e-cigarette shop on every high street.

Some people vape simply because they prefer it, and others use e-cigarettes as a way to quit smoking.

The e-liquid comes in a variety of flavors and strengths of nicotine, so if you are trying to quit smoking or cut down, then they can be extremely useful.

With such a variety of flavors, let’s have a look at some of the most popular ones over recent years.

Apollo makes a whole range of different liquids, and to suit different devices, which is really useful for when you get a new e-cigarette, but you want to stick with your favorite brand.

Apollo offers many different flavors, from watermelon to french vanilla, but the favorite flavor by this brand seems to constantly be the strawberry e-liquid.

There is a good reason for this, the strawberry is a fairly simple flavor, but it gives you that taste of ripe, juicy strawberries. It’s not so sweet that it makes your teeth ache, but still a very satisfying flavor to the e-liquid.

Sicboy is based in Colorado, and what makes them unique is that the company was started by a group of friends who are passionate about all things vaping.

Their range of E-Liquids are made only of the very best ingredients and are something that the owners themselves would be happy to vape.

By far their most popular flavor is M.B.Y.C, which is a mix of custard and vanilla flavors, and is a flavor that their regular customers come back to time and time again, and with so many flavors available, this says something about the quality of this product.

Hawaiian Pog is, as its name suggests, a tropical-flavored liquid, with the main taste being that of pineapple and citrus.

There is a tendency with citrus-flavored liquid to be quite sour and they can leave an unpleasant aftertaste, but Hawaiian Pog gets the balance right on that sweet spot, which will leave you thinking of sitting by the pool on a Pacific island drinking a cocktail.

Naked 100 have a wide range of e-liquid flavors, but Hawaiin Pog comes out on top.

Not everyone who takes up vaping wants a flavored liquid, and would instead prefer the tobacco taste that smoking a traditional cigarette or cigar gives you.

That’s where Black Note comes in. Black Note provides some of the purest tobacco e-liquids available and has that tobacco taste that you are after.

All of their range is sought after, but Sonata seems to be an outstanding offering.

Suicide Bunny is based in Texas, and are well known for their extensive range of high quality, highly sought after e-liquids.

By far the best seller is Mother’s Milk, which has a strawberry and custard flavor. It’s sweet without being overly so, and also has some elements of spiciness to stop it becoming too cloyingly sweet.

Dinner Lady E-Liquids are a UK based brand, who has a wide range of flavors, from realistic tobacco flavor to sweet flavors for someone with the sweetest tooth.

Lemon Tart is probably their most famous flavor, and with good reason. Lemon Tart tastes like what it says it is and has a nice balance that stops it from being too sickly sweet.

Boosted E-Juice is another Colorado-based e-liquid company and is run by someone with a passion for the industry.

Boosted is flavored after a strawberry milkshake, and tastes exactly as you imagine it would. It has the right balance of cream and strawberry and is not overly sweet, which means this can be vaped throughout the day.

Vaporfi has one of the biggest range of flavors available, they literally have thousands upon thousands of different ones, so you’ll never run out of options.

Heavenly Clove is repeatedly a best seller and harks back to the old days when cigarettes had a slight clove tang. This liquid delivers that without being overpowering.

Twelve Monkeys are a very well known e-liquids brand and have a wide selection for a variety of different devices.

They have always tended towards the sweeter flavor, and those that want a dessert type liquid will often purchase from Twelve Monkeys for this reason.

Kanzi is relatively new to their range and remains true to their sweet reputation, but slightly less so than others have been. For this reason, Kanzi has a much wider appeal.

Kanzi has a kiwi, watermelon, and strawberry flavor, which does sound sweet, but the flavors are balanced so well, that it is not overpowering.

Ohm Boy is another well established UK brand and is very well known for its range of flavors. Their range may not be as large as some, but what they do offer are extremely well crafted well-balanced flavors.

Apricot Yoghurt is one of their bestsellers, and tastes as its name suggests, of yoghurt and apricot. It is a very creamy flavor, and it lovely if you’re looking for a dessert vape after dinner.

This article is a round-up of some of the best ever selling e-liquids.

As you can see, there are so many brands and flavors of e-liquids out there for you to try, and most have liquids suited to different devices as well.

You may not like every flavor listed here, but hopefully, it will give you a starting point for trying some of the fabulous brands that are available to you.

If you prefer the more traditional tobacco or clove flavors of old fashion cigarettes, or if you much prefer a sweeter taste, there are flavors out there to accommodate you. 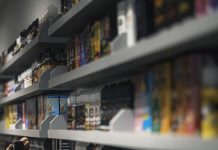 Top Unique Vape Juice Flavors That You Should Try