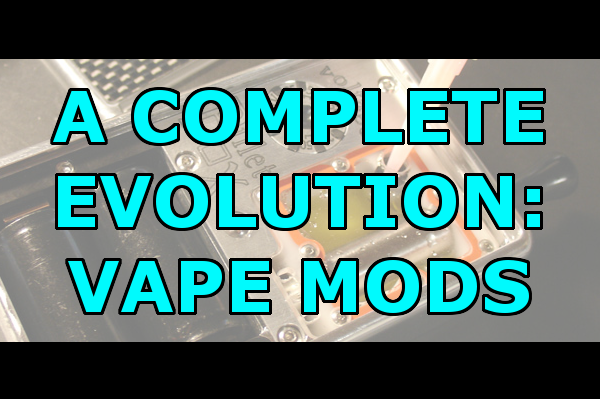 The complete evolution of vape mods is a detailed info article with hopes to deliver important knowledge about our modified devices that we have used in the past, as well as the present.  Though having this knowledge won’t help you generate more clouds, it will, however, help you appreciate the vape mods that are available for us today.  Those before you endured lacking quality, horrific designs and vape mods that simply couldn’t perform in today’s standards.

Before we begin, though, let’s get on the same page.  We aren’t going back to the beginning of vaping – the days when a stick battery and cartomizer were the standard, we’re just looking at devices that are considered true mods.  Most of us now hear vape mods and automatically think of expensive engineering houses designing, developing, and manufacturing the latest and greatest things.  However, in truth, the term vape mod came from cig-a-like users sitting at their kitchen tables experimenting with different aspects of their vaping experience.  They were modifying their cartomizers by drilling larger air holes, changing the wicking materials and searching for the next innovation, which gave birth to the modification generation.  Without their drive for improving the system’s they were using, the industry we see today would be a totally different landscape.

The Birth Of The Tube Mod: The Screwdriver

In the days of cartomizers and stick batteries,  the modders were constantly looking for longer battery life.  We take it for granted now, but if you have ever used a cig-a-like you will know the pain of the 4-hour battery change.  Rather than just adjusting the internal pieces of their existing equipment, a pair of modders known as Mrog and Trog: whose real names are Ted and Matt Rogers, a father-and-son team from Newark-on-Trent in England — turned a small pocket torch into the atomizer and battery array. 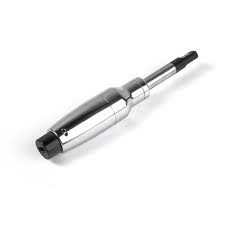 They took the next step and completely replaced the body of their e-cigs.  As news spread about this giant leap forward, they realized that their device should be available to other vapers everywhere.  Up to this point, everyone was using air pressure switches and devices that looked like cigarettes, the game was landscape was about to change.

The first commercial mod to enter the vaping market was the Screw Driver Mod,  simply a modified flashlight body that had been adjusted to accept the connectors from the cartomizers.  Rather than sucking on the device to kick-start the power, the screwdriver had a switch on the base, allowing the user to turn it on before they started to pull.  Another great feature of the device was that it could hold much larger batteries, and when everyone was using cartomizers, bigger batteries meant much longer vaping times.

Nick “Grimm” Green is on record as saying that when he first used the screwdriver vape mod he got a solid 27 hours on a single charge, which at the time was unheard of.  The fact that the user could change out the batteries in the unit was also a plus,  unlike its predecessors, a dead battery did not mean the expense of a new device.  Although it used 16340 cells, this device put the vape mod’s on track to becoming the beasts we know and love today.  Interchangeable battery, button at the base with a fitting at the top to change the atomizer, these boys came up with the tube mod.