It has been brought up to me that many viewers are still having trouble understanding what each attachment is called.  And, even some of you know the names or have heard of them, yet can’t place them with the right attachment.  To clear things up, we’re going to list each attachments name, explain what it is and include a picture to remove any confusion you may have.  It may seem like I’m beating a dead horse writing posts like this being that I’ve already published posts answering what a clearomizer is, what a cartomizer is and so on, but maybe it’ll help others if we place all this information on one post. 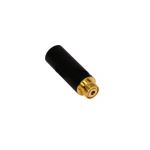 This type of atomizer is the original “atomizer”.  Though it’s referred to simply as an atomizer, most who reminisce of the times when it was used now refer to it as a standard atomizer or disposable atomizer.  The way it works is quite simple… the metal tube held the wick and coil.  The user would drip e-liquid onto the coil directly (much like we do with rebuildable atomizers today) and air would travel through the bottom on the 510 connection, and up into the atomizer.  The problem with the first atomizer was that it leaked outrageously.  In fact, it leaked so bad that companies invented the “drip shield” to catch the e-liquid that would leak out.  After this era in vaping, it was a steady uphill improvement on the attachments we use with our devices. 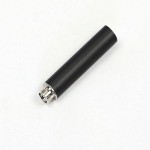 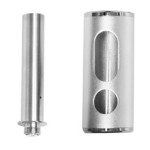 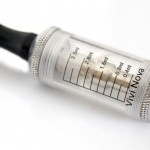 To escape the burden of cartomizer tanks, the clearomizer was invented.  The clearomizer was first invented where it mimicked the cartomizer, except that it was clear.  Many referred to this first clearomizer as a clear cartomizer.  Next came the same cartomizer designed, except that it didn’t have the filler wicking material typically found in a cartomizer.  At this time users started putting the name “clear cartomizer” together and adopted the name “clearomizer”.  From this point on clearomizers continued to progress in design, as well as performance, but really hit a turn when manufacturers introduced the first bottom coil clearomizer.  Obviously, this design had the coil placed at the bottom of the clearomizer, allowing gravity to feed the e-liquid onto the wick, rather than the way a top coil clearomizer was designed, which forced the wick to hang down to the e-liquid and do all the work of wicking itself.  Clearomizers have continued to improve, and its most recent change has been replacement coils that enter sub-ohm territory, which has become a popular form of vaping. 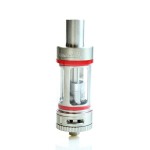 The Hybrid Tank was introduced by Kanger, and at a time where sub-ohm vaping from clearomizers have become very popular.  A hybrid tank as some call it, is a clearomizer that has the option to be used as a normal clearomizer with replacement pre-build coil heads or a rebuildable atomizer deck that will replace the coil head.  This RBA deck gives the user the ability to build coils themselves and insert it onto the deck, and use that RBA section instead of those pre-built coil heads made by the manufacturer.  This moment in the market of attachments was a huge leap and has become one of the most used type of attachments at this current time. 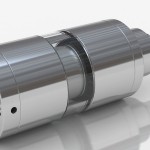 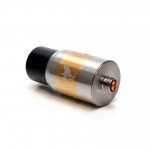 A rebuildable dripping atomizer came about not long after the rebuildable tank atomizer.  Most vapers call it an RDA for short and some call it a dripper.  The RDA is possibly the most simplest form of attachments, in that it has just a base and a deck that is milled from the same block of metal.  The deck holds a positive post and negative post(s), similar to a rebuildable tank atomizer.  However, the RDA’s deck space is larger and gives users the room to insert larger coils and much more wicking material to fill the space.  Covering the deck is a cap and above that cap is a hole cut out to allow for a drip tip or a wide bore cap. 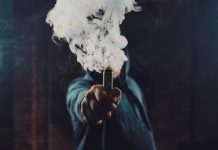 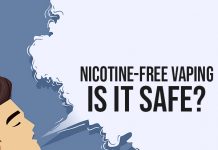 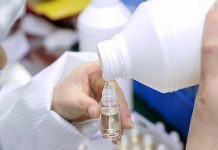 PG/VG Ratio – Why Does It Matter