It’s a question which is always on the tip of people’s tongues. The debate over which vape manufacturer sits atop the vaping throne has raged as long as people have been vaping and, to be honest, we’re probably still no closer to a solid consensus today than we were back then. That doesn’t stop us from trying to decisively answer the question, however, and, here at HandCheck, we’re not immune to the temptation to try our own hand. So, without further ado, here are your official HandCheck Top 5 Vape Manufacturers (in no particular order).

Sigelei may not exactly be a household name, but if you’ve been vaping for a while, you’re surely familiar with them. This Chinese company was founded in 2011 in Zhangmutou, way before vaping was the mainstream entity it has since become. Si Ge Lei translates to “four thunders” in Chinese, and the official story includes the founder contemplating the name of his brand and being struck by divine inspiration as thunder sounded four times in the middle of summer. True or not, it’s a pretty cool origin story.

Since then, Sigelei has become pretty well-known for both quality and innovation. In the words of the company itself, “Fashion, quality, and value” are their core values – and it shows. Their SnowWolf line of box mods is some of the most recognizable and divisive items out there. Divisive, that is, only because of how showy their designs tend to be (giant 3D wolf head on the side of the mod? You either love that or you hate it, let’s be real). They were known back in the day for always pushing the envelope in terms of power, and blew up in the USA with their Sigelei Mini Mod. They were then among the first to hop on the temperature control bandwagon, and have remained atop the list of reputable manufacturers since.

Their newest starter kit is kind of a re-vamp of one of their most popular systems: the Mfeng. The new SnowWolf Mfeng UX Starter Kit is a sleeker, more ergonomically- and aesthetically-pleasing design. The gaudy wolf’s head has been streamlined into the device, and the firing button sacrificed some knurling for a smoother, more aerodynamic presentation. Overall, you’re going to get a lot of the features you found in the previous iteration of the Mfeng, but with a much more understated appearance. Of particular note are Sigelei’s innovative coils included with this kit. You actually get some pre-made sub-ohm coils which go up to high wattages – and we’re talking like 220W ratings. You really don’t see this kind of stuff with other companies and it’s part of what’s made Sigelei so special for so many vapers over the years.

Let’s put Rincoe in the “companies to keep your eye on” category. Since they were only founded in 2018, these guys only have a handful of products on the market by which to judge, but each of them has been fantastic. First, they came out with the Manto, which was great. Then they hit the market with their pod systems (equally great). And finally, they dropped the MechMan 228 Starter Kit (probably the best of the bunch). With this kind of track record and upward trajectory, we wouldn’t be surprised if Rincoe became one of the hottest manufacturers in just a couple of years. Heck, even companies who’ve been around for ages have trouble maintaining anything like this level of consistency!

To give you an idea of what Rincoe is about, their MechMan Starter Kit is one fantastic piece of machinery. To start with, the build quality is fantastic. For a smaller, newer company, this is worth more than anything. Shoddy craftsmanship can bury a company like this quicker than anything, but they put their money in all the right places. After its build quality, you get a really nice display and easy-to-use UI – not the easiest thing in the world to get right. The mod is also incredibly rugged and durable, with a pretty well-performing tank sitting on top. You can’t beat that. With successes like these right out the gate, we’re excited to see what Rincoe has to offer us in the future.

Now for a more veteran company. Everyone knows Aspire – they’re on every continent, in every country, and they have a sterling reputation everywhere you go. Not only do they sell their products everywhere, they actually have boots on the ground across the world. This means their service is basically unparalleled and they’re well-known for actually listening to what consumers have to say. We love that in a vape company.

For an example of their body of work, we’re going to look mostly at their tanks. They have some excellent mods and pod systems out there (AVP, I’m looking at you), but their tanks are where they truly shine. In fact, the Nautilus MTL was the design which first really put these guys on the map. Their attention to detail, build quality, and vaper-informed decision-making was a refreshing change of pace in an industry which can be extremely top-down. Since then, they’ve really dedicated themselves to creating high-quality products in a variety of form factors, from the sub-ohm Atlantis to the affordable simplicity of the Cleito.

While the Nautilus made them famous, the Cleito Sub-Ohm Tank may be a better example of Aspire’s design philosophy. The Cleito is an incredibly simple and straightforward design. You get a huge amount of airflow, a great and simple top-fill, 3.5mL of liquid, and wonderful flavor. As a final touch, they include little customizable “Cleito cuffs” which can personalize the color scheme of your tank. What makes it so special though, is the price point and the design. There’s so much to talk about with the structural design of this tank, from its chimney set-up to the included coils, but the point is that they spent a ton of time on the R&D for this little guy – yet it only costs around $20! This is what Aspire is about. They make products that are high-quality but fit budgets and various styles with ease.

Another company is known primarily for its tanks, Uwell is a legend in the world of vape tanks. They first really blew up when they dropped the original Crown tank. This tank just blew every option out of the water in terms of flavor and design – and the company hasn’t stopped innovating yet. In their own words, their core values are customer service, quality control, and taking full responsibility for each of their products. Anyone who has dealt with Uwell as a company knows that they live up to each of these standards.

Since the original Crown, they’ve released three more editions of the Crown, the Valyrian, the Nunchaku, the Whirl, and even dropped some box mods from time to time. They’ve also come out with pro-FOCS technology (a flavor-enhancing tech), self-cleaning systems, and, most recently, the industry standard for refillable pod systems: the Uwell Caliburn. While each of these is worthy of an entire in-depth exploration, we’ve gone back to their roots and decided to profile the Crown IV Sub-Ohm Tank for you.

This tank had a slightly controversial release, which is worth mentioning since it also highlights the philosophy of Uwell. When the Crown IV dropped, everyone loved the flavor, the airflow, the top-fill – really everything about it! The only thing everyone was disappointed with was…. Where were the ****ing mesh coils?? People who reached out to Uwell at the time learned that the mesh coils just weren’t ready yet – they would be released soon. While people were still upset to some extent, it shows you exactly how Uwell operates. First, anyone who experienced the stainless-steel coils the Crown IV came with was blown away by how close the flavor was to mesh coils. Secondly, they didn’t go ahead and rush the production of their mesh coils to get them out there. They took their time, perfected each element of the new design, and got them out on the market when they were good and ready. If you pick up a Uwell, you can expect this exact level of care and pride to go into each product they make.

Finally, to round out our list, one of the most venerable companies in the business: Vaporesso. Sure, they were only founded in 2015, but real heads know that Vaporesso is actually a subsidiary of Smoore, one of the vaping industry OGs. Since they came onto the scene, they’ve secured over 13 years of experience and 800 individual patents. They’re a titan in a business where companies just don’t last if they don’t put out quality products – so that should tell you something.

One of the most striking and interesting things about Vaporesso is its ability to cover every corner of the market. They claim to strive “to make products to fit all types of vapers” and they really, truly deliver on that promise. For the premium vape consumer, you’ve got the Luxe Starter Kit. For the portable user, you’ve got the Cascade and Sky tube kits. For the pod system lovers, you’ve got the Renova Zero. Furthermore, and even more impressively, each of these models is at the very top of their class. To really truly top things off, Vaporesso was the company that pioneered ceramic coil technology. Sure, there’s some complicated controversy over this tech, but honestly: these coils are great and they last forever. Few other vape companies have the range, versatility, and dedication to quality that Vaporesso provides. Truly refreshing.

For example, let’s look at the Renova Zero. This pod system followed their tremendously popular AIO, the Nexus, and uses a lot of the same features. What really sets the Renova apart though, is its pioneering features. Some of these we might take for granted now, but they really pushed the envelope then and began to set a new standard (which is a running theme in Vaporesso’s work). The Renova includes adjustable wattage, transparent pods, a big battery, and super-quick charging. It also features their signature cCoil Ceramic Technology for incredible flavor and the longest-lasting pods out there. Now, more and more pod systems have these kinds of features and you can thank Vaporesso for that. 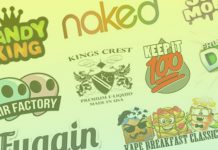 Vape Juice Online: Where To Find The Best Flavors

5 Reasons Why The Nord Vape Is A Must-Buy 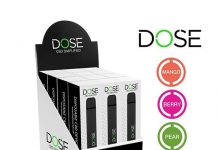