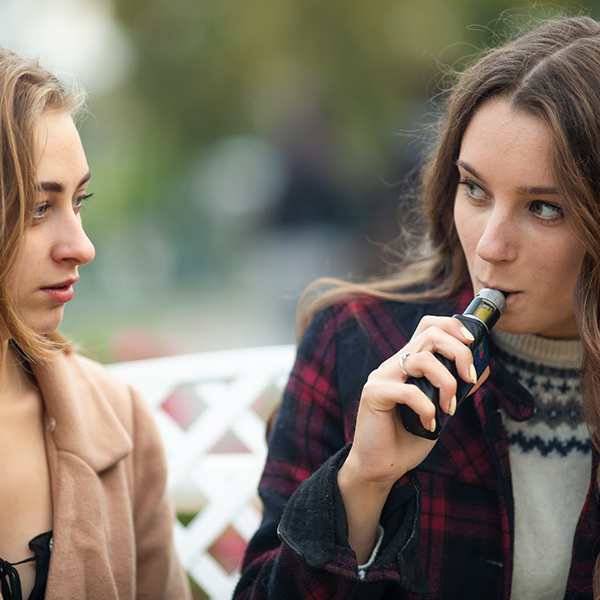 The human being is a social animal. Social media have exasperated this aspect of our behavior, but we have always been like that. We adopt certain lifestyles and habits while seeking recognition from our peers. That is why many people start to smoke at some point in their life. Mostly they do it to appear cool in front of fellow students, or to be part of a group.

Today, a new community is raising around electronic cigarettes. This new device became more and more a fancy item with many advantages in comparison to traditional tobacco. For instance, it is less harmful than a normal cigarette. In addition to that, there are many flavors available to choose from. You just need to take a look at the category e liquid on Terpy to understand how big the offer can be.

The electronic cigarette and the traditional one, are different, but they share a common root. For instance, their social meaning and the reason why we keep smoking or vaping are the same. However, the implications they have on our health are different.

In this article, you will discover how these two social habits affect you and why vaping is better than smoking.

Nicotine is not the only addictive element

It might not surprise you that nicotine is the substance inside cigarettes that makes people addicted to this substance and it is consequently hard to stop. Nicotine is an organic element, technically it is defined chiral alkaloid and has different effects on our brain and on our body. The addictive effect of nicotine depends among other things on its power of influencing the stimulation of the neurotransmitter dopamine, the same response of happiness.

However, nicotine is not the only reason why it is so hard to say goodbye to cigarettes. In fact, smoking is a habit. The habit makes smokers mentally addicted to the act of smoking.

Smoking has also a social meaning. If you are a smoker, you probably know the feeling of wanting a cigarette when you are at a party and you are trying to socialize. In addition to that, we also give it the mental power of suiting us down when we feel anxiety or sadness. There was a time in the past when some people even believed that cigarettes would help them with weight loss.

Smoking cigarettes as a distraction

In the short term, cigarettes have the power of distracting from unpleasant feelings. Most of the time, when we experience moments of sadness or anxiety, our mind tends to circle around negativity again, and again, making us crazy. Suddenly, the idea of a cigarette pops up. Before the physical reaction can even take place, our mind immediately feels relieved, because suddenly has something else to think about. So, we are caught up by the feeling of wanting a cigarette.

This urge distracts us from the unpleasant feelings that our mind is focused on, giving us the impression that a cigarette could be helpful to suit our worries.

The same mechanism works in social situations. During some studies, university students were asked about their feeling while smoking on social occasions. As it is reported in Psychology Today, students were likely to believe that smoking provides them with emotional benefits. Furthermore, most of them also believe to appear sexier and, more attractive while they have a cigarette in their hand.

This is partly due to the fact that cigarettes for a long time were portraited as a sign of emancipation and liberty in advertisements, billboards, and movies so that it transpired to the real-life and imagination of young adults.

On the other hand, this boost of confidence could also be due to the fact that, since the cigarette does distract from anxiety, it makes them more confident being a distraction. In fact, there is no evidence that nicotine or any other substances contained in cigarettes make people biologically more extroverted and happier. It is more about the fact that while we smoke, we redirect our attention to the simple act of holding something in our hand and inhale so that we do not focus so much on the pressure we feel while trying to impress others.

Vaping is less harmful than smoking

Whatever the reason is, smoking is an activity that makes a lot of people relax in that moment. So, if the nicotine addiction was not enough, this component makes it even harder to stop.

The good news is that in a few years a new trend started to be social: vaping.

To vape describes the act of inhaling an electronic cigarette. Instead of burning, the e-cigarette has a so-called atomizer that warms up the e-liquid and does not burn tobacco, making it less unhealthy than classic smoking. So, if you think that having something to inhale does enhance your social skills, it may be worth it to try the electronic variant.