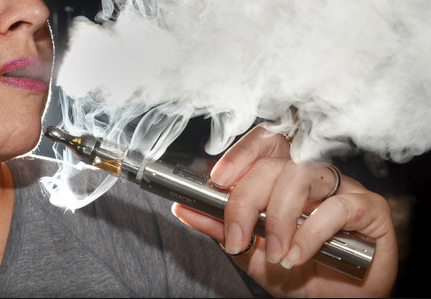 You may have heard from the media that vaping is the same thing as smoking. However, it’s very much different. In fact, everything from the taste, the cleaner feeling quality of vapor, the feel of thickness, to the larger exhaled volume; vapor is far superior than harmful tobacco smoke in every which way.

But for someone who has never vaped, what does vapor feel like? – Being that Vegetable Glycerin, an ingredient in e-liquid, has the ability to capture moisture molecules from the air, when you blow vapor onto your skin it’s typically room temperature or a bit cooler. In your mouth vapor has a much thinner feeling compared to tobacco smoke. Vapor also doesn’t have a chemical infused taste as tobacco cigarettes – assuming you’re a smoker, you probably won’t smell or taste the chemical infused smoke because your body has become used to it. However, once you finally quit or switch to electronic cigarettes, the smell and taste is horrendous.

In addition, when you’re no longer a smoker, your senses will begin to heal from the many years of abuse. Your sense of smell will be really strong, so expect to be disgusted when you smell someone smoking a cigarette anywhere near you.

Personal Experience: I walked outside of Wal-Mart one day and smelt smoke but didn’t see anyone smoking. Once I started walking towards my car, I noticed a man smoking outside of his car. The wind blew the smoke directly into my direction as I exited Wal-Mart and I was amazed that the smoke traveling that far was still so strong.

Vapor has a wet feeling texture. Again assuming you’re a smoker, once you switch to e-cigarettes, you may cough at first from the inhale of the vapor. This reason for this is, you’re not used to inhaling the wet feeling vapor and your body acts natural by using a gag/coughing reflex. Your airways are used to tobacco smoke and if you can remember back far enough, your body acted the same way when you were new to smoking a cigarette.