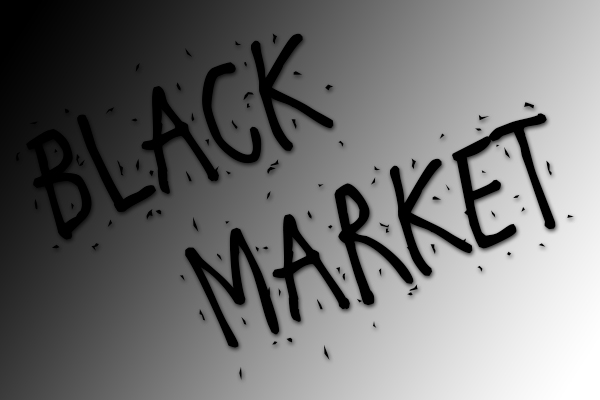 The Food and Drug Administrations proposed regulations have placed many vaping consumers in a scare, taunting the limitations of e-cigarette use.  Those proposed regulations aren’t to restrict consumers from the act of vaping, but more to limit a product  that has already saved so many lives.  These limitations would hinder the greater percentage of those successfully switching to electronic cigarettes and those who plan to continue its use.  Many feel that the FDA is trying to implement unjust regulations on an industry that has continuously fought to prove itself, despite the proof from millions of people who have successfully switched and have went on to living much healthier lives.  However, most consumers feel that these unjust regulations will create a black market for vaping.

The Prohibition of Alcohol in the United States began on January 16th, 1920 and was supposed to lower crime and corruption, reduce social problems, and improve health and hygiene, but instead caused more organized crime and underground drinking establishments.  Since there was no government supervision in place and the restriction of alcohol loomed over Americans, it caused a black market for alcohol.  The Prohibition quickly became a failure as the black market was created, since “rum-running” became so widespread.  Bootleggers became the demise of Prohibition, causing it to end in 1933.  There are many that fear the same thing could happen to the electronic cigarette industry, where limiting the use of vaping products would be so severe that it could spark a modern-day bootlegger of e-liquid.

Info: During the Prohibition era, smoking became a national habit. By 1930, cigarettes were legal everywhere and consumption nearly tripled. During this time, smoking was a sign of rebellion.

Though these regulations will of course affect vaping consumers, it will also have its toll on store owners as well.  I’ve asked two of them to comment on the matter.

Overly burdensome regulations may not only create a black market for vaping, but will also have other important consequences. It will destroy innovation and ingenuity, as there will be far fewer companies capable of competing. This will, in turn, leave only the large electronic cigarette brands, predominantly those owed by the big tobacco companies. What needs to be done is that the FDA must first conduct long-term research on the effects of electronic cigarettes by testing a wide variety of liquids and hardware, not just the disposable ones as they have been thus far. Once conclusive evidence is found, the FDA should impose standard regulations based on those findings–not unnecessary general blanket rules. If the FDA imposes too stringent of regulations, they would be killing one of the few remaining growing industries that still exists within the United States today.

If the proposed FDA regulations go into effect as they are written, not only will this crush an already unstable economy in the United States it will create a black market for electronic cigarettes.  A friend of mine when I started my business asked me what I was scared of the most, I told him deeming regulations.  He asked me why, and I told that it would crush our business by not being able to sell certain items.  He responded to me saying “Well I can’t buy meth legally, but I can still get it.”  Followed by “Don’t you have an alley behind your store?”

It’s truly sad to think that what vapers have fought for so long can come tumbling upon them, many small businesses can be ruined – forced out of the industry, and thousands of Americans will lose their jobs at these stores, which will peck away at an already damaged job rate.  Our goal as Americans is to build small businesses that will create jobs to help our economy, not the other away around.  If the proposed regulations become, as they currently stand, that is certainly what will happen, along with creating a black market for vaping and/or pushing vapers back to the cigarettes they desperately fought to get away from.

We want to know how you, as a consumer or as a business owner feels about this matter.  Please share your thoughts with us in the comments section below.

To get more involved and learn more, you can visit and support The Consumer Advocates For Smoke-Free Alternatives Association at: www.CASAA.org