YiHi has become one of the most talked about companies within the vaping industry.  The company started off by manufacturing chips for various electronic cigarette devices, such as the ZMax, Vamo and SVD.  As the market progressed, the devices vapers used were being equipped with YiHi chips.  To involve itself further within the market, it released its own mod with a chip specifically designed for it, which was called the YiHi SX Mini S-Class.  Once temperature control became a hot technology with the vaping market, YiHi went back to the drawing board and created their own version of the temperature control technology, slapped it in a device and named it the M-Class.  Today, I’ll be reviewing that device, the YiHi SX Mini M-Class.

The SX Mini M-Class looks outstanding in design, and its overall appearance boasts class, professionalism and performance.  Every curve, dip and crevice has been tastefully crafted to perfection in every sense.  The device is made of stainless steel and high quality zinc, and also features brass in certain areas.  The M-Class starts at the top with a 22mm stainless steel platform, which surrounds its 510 spring-loaded brass center pin.  Just below is where the body begins, taking some-what of a C shape on the outer bezel.  On the main portion of the body itself, there is a grip featuring a painted surface.  The bezel holds the stainless steel fire button, the quite bright OLED screen, two tactile buttons and a micro-USB port dedicated to charging the device and upgrading the device via PC.  The bottom of the device has 2 screws holding the components together and a battery cap, which has 4 ventilation holes.

Quality:  The SX Mini M-Class has by far the best quality I’ve seen in a mod.  Every part to this device has been carefully thought of, offering the best materials and machined precisely.  Something as small as the fire button… it was constructed of stainless steel and designed in a way that no matter what angle your finger presses it, it will have a solid connection each time.  It’s small things like that and the close attention to detail throughout the entire device that makes quality of this device beyond what currently exists within the vaping market. 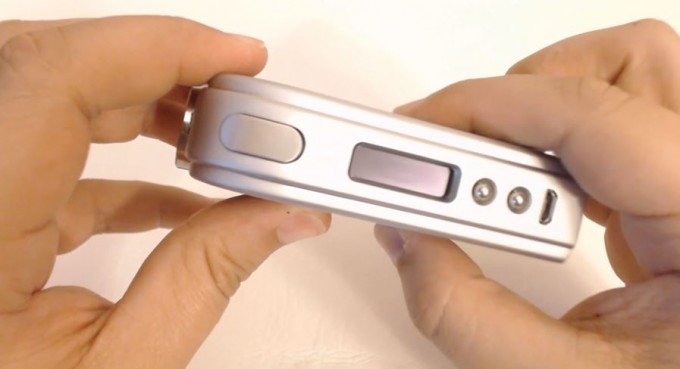 The M-Class is possibly the most feature packed mod I’ve ever encountered.  Sure, there’s been other mods in the past that boasted many features, such as a quite hefty menu system, but what makes the M-Class so unique to those, is that the features provided are all directed towards the device’s performance – meaning there is no puff counter.  However, there is a Joules counter, which tells you how many Joules you made on a single battery.  Once the has been replaced with another, you can see how many Joules you’ve made from that battery, then do a comparison.

Since there are many features to cover with the YiHi SX Mini M-Class, I’ll list them below and cover them individually.

Power & Joules Mode:  The Power mode is your typical variable wattage feature.  In this Power mode, you can run up to 60 watts with a single 18650 battery, and if using the SX Mini battery extension (sold separately), you can run the device up to 120 watts, and fire down to 0.15Ω.  In Joules mode, it’s a lot like wattage – meaning 1 Joule equals 1 Watt.  However, YiHi explains that Joules is a bit more in-depth than that.  Most of us that are using the Joules mode can’t explain exactly what it is, so YiHi was kind enough to do the explaining (that has been shared below).  Joules mode is actually the temperature control mode, and while in this mode, the device can run up to 50 Joules and fire down to 0.05Ω.

Joule (temperature setting) is the trend in this industry, BEST represents the volume of Vapor or consumption by the vaper.

Power Modes:  With the M-Class, you have 5 main power modes, which can be cycled through on the fly, by simply pressing the down button or bottom tactile button.  The 5 modes are Soft, Eco, Standard, Powerful and Powerful+.  By using these modes, you can change your vaping experience completely.  While in soft mode, if your wattage/joules has been set to 40 watts for an example, then it’ll actually start at 30 watts and quick ramp up to the 40 watts that the device has been set to, then it’ll flatten out and hold that wattage.  If in Powerful mode, expect the power to be strong than what you have it set at, but only for just a couple of seconds, then it slide down to your set wattage/joules.  Eco mode is all about increasing your battery life, so with this power mode, you can only go up to 40 watts, the screen will turn off quicker, and you can set your memory in Eco mode independently from the other modes, which all use the same memory settings.  These 5 power modes are my favorite part about the M-Class, other than it providing temperature control.

Link: Using the Link feature will allow you to receive updates via PC from YiHi.  Whenever you’re going to update the M-Class, turn your device to Link On, pull out the battery, connect via micro-USB and use the SXi software YiHi provided.

Display: You can change which side you want the screen to stay on, left or right.  In addition, you can also set the screen to auto, which will make the screen automatically flip when you turn the device.  This is a very cool feature!

Sensor: If the sensor is turned on, you can rotate the device from side to side to adjust settings on the device, instead of manually pressing the up and down buttons on the bottom of the device.  This feature is very annoying and I’m glad they’ve made it to where you can turn the sensor off.

Other features that I would like to include in this review is that the OLED screen is very bright, in fact, it’s brighter than any other device that I’ve used.  The screen also looks great since it shows battery life, voltage, resistance, temperature, joules counter, memory setting, power mode and joules or wattage.  The device feels hefty, even more so than the rDNA40 and I like that feel as it lets me know the device is made of strong, weighted materials.  I also like how the device feels in the hand… the curve made on the body was an excellent design feature, because it fits in the palm perfectly. 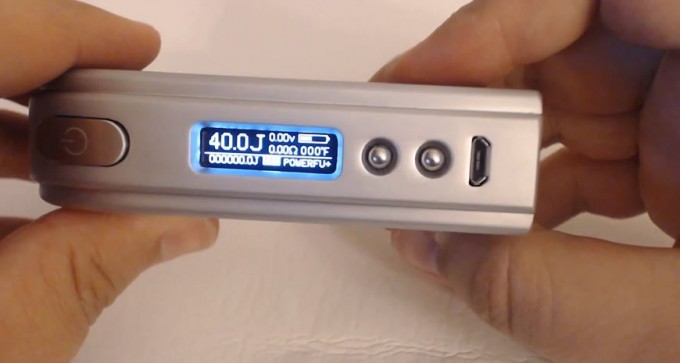 Not only does the SX Mini M-Class look good and have amazing features, it also can back it with the best performance.  The performance on the M-Class is outstanding, and it truly shows when cycling through the power modes.  Running the device is temperature control is a blessing from the vape gods, because the vape is consistent and powerful.  If you’re looking to crank up the wattage on an RDA or max out the Joules with a Ni200 coil, you’re going to get the best vaping experience the vaping market has to offer, all with the M-Class.  I know many of you can’t see paying the high cost for such a device like the M Class, but believe me, after you use this device, cycle through its power modes, use its temperature control and feels its quality body, it’ll be a purchase you won’t regret and you’ll be thanking yourself that you went through with it.