If the name Martin Shkreli isn’t familiar, the title of this post may have you scratching your head.  I asked my editor earlier today what AIDS drugs and vaping have in common and he had no clue.  I’m going to break down this thought quickly and simply, just to see if you notice the irony with what is going on with vaping in the United States, and to see if the hypocrisy makes you as angry as it made me.  Get ready…

The drug referred to in the title is Daraprim, a drug used to help patients with compromised immune systems including people with AIDS and Malaria.  For those not familiar with the story, former Turing Pharmaceuticals CEO Martin Shkreli decided in August of 2015 to raise the price of these life altering products by 5400% from $13.50 to $750 per tablet.  This is a product designed to help people and due to his inane greed, it was quickly pulled out of the grasp of most of those who needed it. 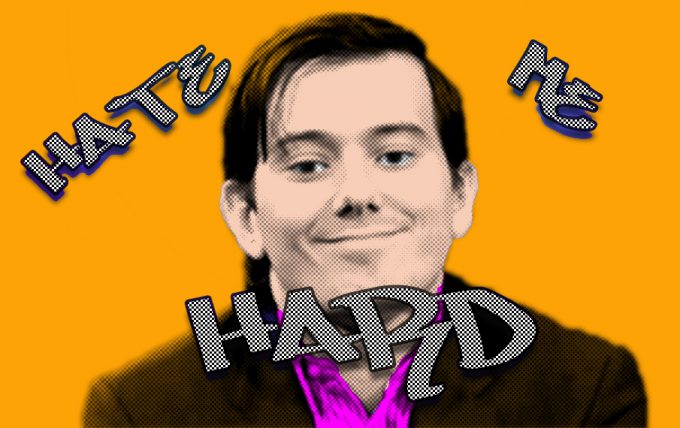 A public outcry ensued and as a result Shkreli said he would reduce the cost by 50%, but only to hospitals.  As time went on, the public outcry turned into congressional hearings as law makers demanded answers for his actions and appealed for him to change the cost.

He was quickly dubbed the “Most Hated Man In America” and is now under so many indictments it’s not funny, because this vile little man had his finger in many pies and was screwing everyone his business dealings touched.

What Does This Have To Do With Vaping?

Open your eyes and take a look around.  Even though the American Government refuses to accept that vaping is 95-99% safer than combustible tobacco and that our British neighbors, more specifically the Royal College Of Physicians and most of the major health organisations, over there are recommending that smokers try vaping to quit smoking.

American law makers at State and the Federal level are using a product that has been proven to help an estimated 6.5 million in Europe quit smoking and a further 9 million significantly reduce their harm.  California, Pennsylvania, West Virginia, and several other states are raising exorbitant taxes on these products to help them make money, all the while claiming ignorance and saying vaping is no different than smoking.

Do You See The Parallels?

It’s less about seeing the parallels in the situation, but more about the hypocrisy.  These products do save lives, they change lives, and definitely improve the quality of life for the user and those who surround them.  Where is the public outrage?  Where are the congressional hearings about price gouging and idiotic decision-making?

I know a lot of people sitting reading this right now are asking how can I compare a drug for treating AIDS to a consumer device, enjoyed by millions, bought at convenience stores and in specialized vape shops with a straight face.

When you’ve seen a life long smoker dying of lung cancer, you will understand my point.