Vaping was created for a very specific reason, it wasn’t invented by a Tobacco Giant to create a new generation of life-long cigarette addicts.  Disregard what you’ve heard or read about vaping and e-cigarettes for a few minutes, join me on a journey and see if you disagree with my view-point by the end.

As it happens, the FDA, the CDC, many Public Health Groups and their minions are so hell-bent on destroying this ground breaking technology that they have forgotten something extremely important, smokers are still dying.  They may put it nicely in a press release that you lap up on Facebook, but the reality is the regulations that the FDA have put in place are set to destroy an entire industry in 2 years, by August 8th 2018 to be exact.  The same groups that are telling you how dangerous vaping is are the ones who profit from smoking and it’s related illnesses the most, the whole time scaring you with statistics debunked a thousand times over.

They will never tell you the truth because they have too much to lose.

They will tell you that no-one can prove that vaping has helped a single person quit smoking, even though a European Union study shows 6 million smokers quit due to vaping and a further 9 million have reduced their cigarette intake dramatically.  The numbers in the United States are similar but these organisations refuse to acknowledge the facts because they don’t fit with their narrative that vaping is dangerous and the only way to break free of cigarette addiction is by using pharmaceutical products and counseling methods that they approve. 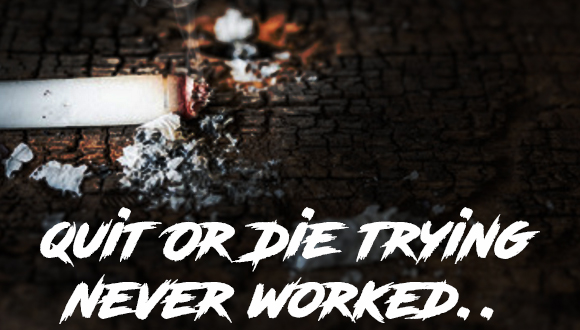 The British Government are encouraging all smokers to switch to vaping because according to the Royal College of Physicians, the organisation that declared war on cigarettes half a century ago, vaping is 95-99% less harmful than smoking and poses little to no harm to by-standers.  At the same time, the FDA is making it illegal to tell the public that there is any difference between lighting up a cigarette and using a vapor device.  As far as I’m concerned, that’s a criminal act that will cause more smokers to die in the future, because the FDA refuses to accept evidence that doesn’t agree with the narrative that’s been set in America.

Pharmaceutical companies send children to Washington DC to spread these lies on Capital Hill, posing as charities and organisations looking to create a tobacco-free America, while they sit in their offices laughing because they helped write the regulations that are about to destroy the greatest ever chance of making that goal a reality.

The Government is complicit in this act, by declaring that a product which contains no tobacco at all is a tobacco product, they can reap in taxes at the State and federal level until the industry is gone, after which time they can go back to making money from cigarette sales and the extremely lucrative Master Settlement Agreement.  A deal they made with the cigarette companies to let them continue killing people as long as they pay the price, but if vaping and electronic cigarettes are allowed to continue they will lose it all, you can’t take blood money from anyone if no-one is dying.

By standing with bans, taxes and organisations that wish to see vaping destroyed, you are allowing a cycle to continue that’s already claimed millions upon millions of lives.  Vaping was never intended for children and anyone who tells you any differently is simply lying, vaping was created to save lives and that is what vapers are fighting to do. Despite what they tell you, the number of smokers is dropping rapidly, both among adults and teens, there is no “gateway” unless you misrepresent the figures in studies. The only people who tell you that vaping is dangerous are the ones who stand to lose their pay checks — they have had over 50 years to fix the problem of half a million preventable deaths each year, but smokers are still dying.  Patches, pills and potions rarely work, neither does their approach of quit or die trying and their idiotic behavior will cost a billion more lives.