The Disposable Vape has continued to climb the charts and become the industry’s best-selling vapor product within the past year. Costly vape mods, big bottles of vape juice, and replacement coils are now a thing of the past, and although at one point you may have thought these trendy little enclosed devices would fall to the wayside after the hype, the market for them isn’t showing any signs of letting up.

Our Complete Guide To The Disposable Vape

Due to the popularity, we have decided to write yet another thorough guide, explaining what disposable vapes are, how they work, what to expect from them, and so much more. Feel free to read throughout this article to learn all there is to know about the most popular vaping devices the vaping industry has become home to. 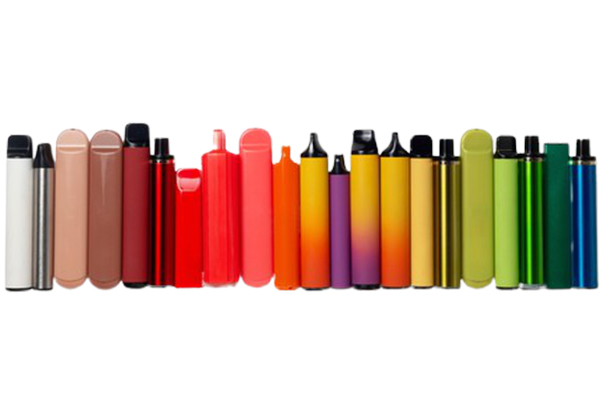 What Is A Disposable Vape?

A disposable vape is a vaping device with a disposable design, allowing you to use the vaporizer until its battery or vape juice has depleted, then disposed of. These devices were created and developed to provide a traditional vaping experience, while at the same time ensuring that they can simply be tossed in the trash.

Although it may seem simple to create these devices, a lot goes into it. Manufacturers walk a thin line between providing a quality vape and creating a product that can be thrown in the trash. It has to make sense for the cost of the finished product to outweigh the cost of the materials to make it.

Ultimately, a disposable vape is a device that is compact, comes pre-charged, pre-filled, and you can throw away once you’re finished using it. They are made to be convenient and super portable, giving you the freedom where some places regular vapes would hold you back, giving you an effortless experience where regular vapes would require you to make adjustments, and ultimately giving you the ability to enjoy what you enjoy most, vaping.

How Does A Disposable Vape Work?

Since the device is a closed system and typically cannot be recharged or refilled, a disposable vape will come already pre-charged to its full capacity, pre-filled with a flavor you choose using salt nicotine vape juice. The device requires nothing from you at all. You will not need to fill the device, charge it, and perform any maintenance whatsoever. In fact, once you remove the device from its packaging, simply take a draw and the device will automatically activate. Once the device has been activated (due to a draw-activated firing mechanism), it will heat up the coil in a split second and convert the vape juice into vapor.

How Are Disposable Vapes Different Than Regular Vapes?

While you may be familiar with regular vaping devices, such as mods or pens, disposable vapes are much different, even though they work and are structured in the same way. With a regular vape, you often have access to the battery, you can replace coils, refill tanks, increase the power, and so much more. However, when it comes to a disposable vape, you can’t do any of that or have access to it.

These devices are designed this way to provide the ultimate convenience for the user. The one thing standing in the way of someone converting from traditional cigarettes to vaping is the confusion that surrounds it, and the price tag that comes with it. In the past, to start vaping you would need to buy a device, replacement coils, vape juice, and then you had to put this all together, fill it up, and then learn how to use the device. A disposable vape is more simplified, easy-to-use, and more convenient for the user, no matter their experience with vaping. From the time you open the packaging to the device, it comes pre-charged, pre-filled, and it’s ready for action!

How To Use A Disposable Vape?

Unlike other vaping devices you’ve seen in the past, a disposable vape, such as the Juucy Disposable Vape, is incredibly easy to use since manufacturers have done away with the confusing part of learning about the device, recharging it, refilling it, and more aggravating parts, like replacing its coil. You can enjoy the flavor and vapor from a disposable vape in just a few quick steps that is basic common sense. Take a look below.

What Is The Best Disposable Vape? 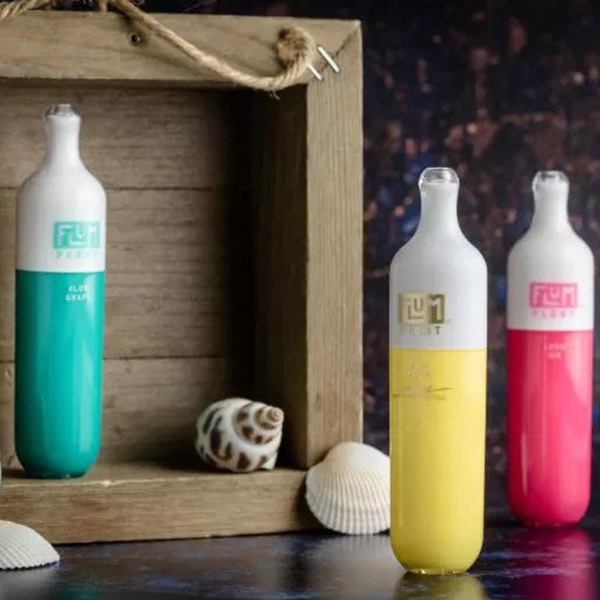 Even though the market is saturated with them, the best disposable vape is the Flum Float Disposable Vape and the Flum Gio Disposable Vape, in our opinion, along with the Hyde collection of disposables. There are several reasons why the Flum Float and Flum Gio is such a great device to use, so we’ll be sure to list them below. Of course, this is just our opinion. There are several of these devices to choose from; some with a large capacity, something with a smaller capacity, different looks, and even an entirely different selection of flavors. It’s all about looking around to find what suits you best.

How To Recharge A Disposable Vape?

Just a short time ago we would have told you that it isn’t possible to recharge a disposable vape, however, now you can recharge a disposable vape since many high puff count devices are coming equipped with a micro-USB port just for that reason. Manufacturers are eager to create devices with high puff counts because that is what consumers want. At one point, manufacturers were in a race to deliver the highest wattage with mods, and with disposable vapes, they’re in a race to deliver the highest puff count. Since these devices are small and compact, fitting a battery inside them with a large capacity wouldn’t be possible without increasing the size of the device. To get around this, they’re equipping these devices with micro-USB charging ports, giving users the ability to recharge the battery for even more use. Some users have found a workaround for charging these devices, even if the manufacturer doesn’t include a charging port. If you follow any of these videos, you are doing so at your own risk.

What Disposable Vape Has The Most Hits?

Due to a serious influx of disposable vapes bombarding the market, there are several devices that provide a high number of puffs. Most of the devices you’ll see are sharing upwards of 3000 puffs, however, there are some that go beyond that average number. The Hyde Rebel RECHARGE Disposable Vape has the most hits, dishing out 4500 puffs per unit. Although its vape juice capacity is unknown, it uses 50mg salt nicotine and is available in 16 different flavors, giving you a solid selection to choose from.

Manufacturers that create disposable vape pens will pair battery with a specific milliamp-hour and a vape juice capacity, which is stored in a pod within the device, which allows them to provide an average number of puffs you will receive per device. Of course, there is no way to determine how they come up with the exact number of puffs the device will provide, so if anything consumers should understand that they’ll receive a similar number of puffs taking into account the difference in the puff length. A disposable vape pen will last as long as the battery has the power and the pod has vape juice, or until you’ve reached the number of puffs the manufacturer has stated.

How To Open A Disposable Vape Pen?

If you’re talking about opening the packaging of a device, disposable vape pens were designed with the consumer’s convenience in mind, meaning that they do not require any extensive knowledge to open or use. If you are referring to opening the device itself, this is where you may face an issue. Disposable vape pens weren’t designed to be opened by the user. They weren’t designed to be refilled or recharged (however, some new disposables feature a rechargeable design), therefore, they become useless. The battery inside is non-rechargeable, meaning, whether you open the device or not, there isn’t anything you can do with it.

How Do You Know When Your Disposable Vape Is Empty?

You’ll know that your disposable vape is empty when the vape lacks flavor or you receive an unsatisfactory taste. Oftentimes you won’t have to worry about your vape being empty but instead, you’ll have to worry about the battery capacity. Usually, the battery will deplete before the vape juice does, however, if the device has a rechargeable design, your battery will deplete before the vape juice runs out but allows you to recharge the device to ensure you get to enjoy all of its delicious taste.

How To Refill A Disposable Vape?

While it would be great to buy a vaping device for $10-$20 and have the opportunity to recharge and refill it so it would last even longer, unfortunately, there is no such thing. These devices are designed to be disposable, so that once the battery and vape juice have been depleted, simply toss it in the trash and replace it with a new one. At this time, you cannot refill disposable vapes. However, there are some people in the vaping community that has found a workaround to refill their disposable vape — check it out below. Just note, this will not work for all disposable vapes, so if you aren’t willing to break your device, avoid any tips in these videos.

How To Store A Disposable Vape?

There are several ways you can increase the safety for both you and your family when it comes to storing a disposable vape, but if you’re concerned about how it will taste or if outside elements will affect your vape juice, there isn’t much to worry about. Within the device, there is a battery, and just like any better, you should never store it in a hot environment.

If you are concerned about the vape juice in your disposable vaping device, you need not worry much. These devices are disposable and won’t last long enough for you to notice any difference between leaving them out in light or warmer temperatures. With regular vape juice, we often recommend that you store vape juice in a cool, dark place and ensure that the bottom of vape juice is sealed to limit the exposure to air, light, and other outside elements. With a disposable, you don’t have to worry about this since the device is enclosed, and of course since you won’t have it in your possession long enough. Remember, these devices are disposable.

How To Fix A Disposable Vape?

Unfortunately, disposable vapes are enclosed and are designed to be fixed by the average user. That isn’t to say that directing the device wouldn’t allow you to fix it if you are familiar with batteries, wiring, and sensors. It is possible but for the everyday user, once the device stops working or if you’ve received a device that isn’t working correctly, you are out of luck. It’s best to reach out to the store you’ve purchased the device from and have them replace it or provide store credit.

Can You Still Buy Disposable Vapes?

While the FDA has certainly come into the vaping industry to introduce new rules and laws, disposable vapes were unscathed. These devices are considered closed units, meaning they aren’t designed to be refilled, therefore the FDA has deemed them exempt from the current rulings. Of course, there are still laws you have to abide by, such as being the age of 21 to buy or use them. However, when there is a concern if you can still buy disposable vapes, there is nothing to worry about. You can still buy disposable vapes both online and locally.

Do Disposable Vapes Get You High? 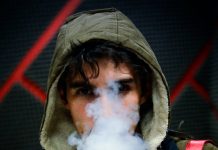