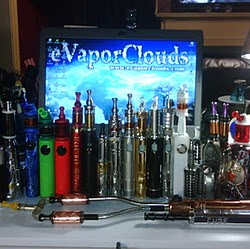 Electronic Cigarettes are of course new to many and those that have already been marching to the e-cig frenzy have grown a passion for them. There is no doubt that these devices work and if anyone tells you different, they either haven’t used them or they just haven’t given them the chance. The majority of people who have given the e-cigarettes a chance have built a bond, not only to how the device helped them, but to the device itself. There is a variety of reasons why we like the electronic cigarette, but what really drives us to keep using it?

Many of the outsiders, meaning the ones who don’t vape think the nicotine substance is the only addiction and believe it or not, it isn’t. The feeling of holding the e-cigarette, the slow pulls and the act of blowing out plumes of vapor is only to name a few for the obvious. The other part of the addiction that many people don’t discuss is the devices themselves along with its parts and accessories. The ones that fall into this addiction are the ones that think they must have each color of the same brand and the different variations of them that were produced. Some may look at it as a hobby, some look at it as a collection… I look at it as an addiction.

I catch up with a known face around the vaping community and ask him how many mods he has “I currently have 22 MODS. I should have another one in the mail here today, so it’ll soon be 23.” says Vinny (Bossplaya Vinny).

“I buy some for the color and some because it was a good deal. I don’t view it as an addiction because if it were, I would have a lot more. Usually if I like something, I’ll get it and if I find that I don’t like it, I’ll sell it or trade it.”

A collection it could be, but when do you separate it from being just a collection to an actual addiction? Vinny later tells me that the mods in the picture above are worth around $2,000.00 in total and he usually purchases one new mod every two weeks. Keep in mind that Vinny has just started vaping this year, the 3rd of June 2011, which puts him at only a 5 month vaper. With most vapers, it usually takes them months until they get a mod or at least it did for me. Vinny is still new to the vaping scene and already has a ‘collection’ bigger than most veteran vapers.

This fascination of mods isn’t just with Vinny, it’s spreading throughout the vaping community and fellow vapers ‘collections’ are only getting bigger and the actual addiction can only grow stronger. Whether it’s a new color for the Silver Bullet, a better build for a carto tank or a said to be longer lasting atomizer… If it’s produced, they’ll be sure to have it.

While I’ve been dipping into this article, throwing down a line or two every other day now for one and a half weeks, I heard from Dimitris (VapeTeam Host) just a few days back that his next week’s content will be covering stories of mod addiction. It’s on his mind, obviously on my mind along with many others, you can see that these vapers that have this mod addiction are becoming more noticed and talked about. I’ve seen Vinny drop text in his stream many times, yet I never knew this person had so many mods until today. Careful, the friend you talk to everyday in chats, tweets and hangouts may just, have… a mod addiction.

You can catch the up and coming VapeTeam show about mod addiction this Wednesday night at 9:30PM EST. on VP Live.