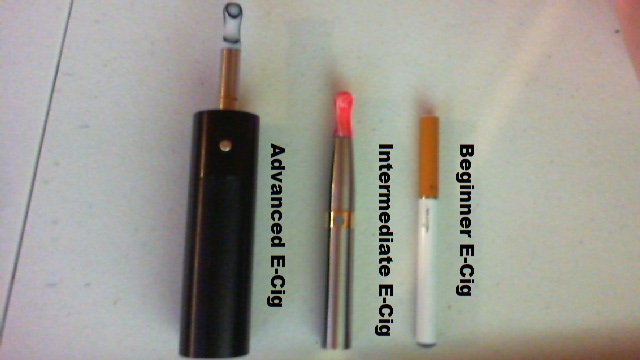 Once you become a vaper, also known as an electronic cigarette user, you begin to grow a fascination with everything that involves them. Not only do you grow a love for trying new flavored e-liquids, but you also acquire a desire for the latest PV (Personal Vaporizer). You always want to top what you’ve had before and that’s become some sort of cycle for vapers.

The majority of vapers start off with a stick style e-cigarette that has similar looks to your traditional tobacco cigarette. You first find these type of e-cigs because it’s what is advertised and sold the most. A lot of new vapers that have recently made the switch from the analog tobacco cigarettes want an e-cig that looks like what they used to ‘smoke’. That’s very understandable, but as time moves on you’ll begin to move your way to something with a bigger battery that has a longer time between having to recharge and with that being said, the e-cig will come in a slightly bigger size. The EGO electronic cigarette has become more of a medium for vapers. The battery on the EGO lasts about a day, sometimes less or more depending on how much it’s being used. EGO electronic cigarettes are very popular and have been tested by the community to be an all around great e-cigarette for the everyday vaper.

I put the type of electronic cigarettes in stages. You have your beginner e-cig which would be the stick style, your intermediate e-cig which is your EGO, but what’s next?

The last stage is advanced. I look at the advanced stage as something beginners shouldn’t be introduced to when they’re first trying to understand e-cigarettes and how they work. When you first start vaping, you don’t want to throw a lot on yourself with learning things like what an 18650 battery is or stacking two icr 123’s to achieve 6 volts. See what I mean? It’s a lot to learn, but if you stay on the cycle just as many other vapers have done before you, you get the experience and ultimately better knowledge of electronic cigarettes.

The advanced stage is the MODS or also known as modified electronic cigarettes. MODS are great and going by the cycle of moving from the EGO type e-cigarette to the MOD type e-cigarette, you achieve very long battery life with using much larger batteries which accommodates a much larger housing, usually. Expect not only a longer battery life, but also much larger amounts of vapor. The reason you will produce larger amounts of vapor is because when you use something like an EGO, the battery is much smaller, lasting less time and also has a heavy load. When you have an EGO that is fully charged, right when you click the button, the load is put on the battery, which then drops the voltage down from it’s original 3.7 volts and the battery drains quicker than a bigger battery would. However, when you use a MOD which has a much larger battery, when you click the button to power it, the battery doesn’t drain down as quickly because of the longer lifespan between charges.

This cycle has been going on for quite a while now. Vapers move from small electronic cigarettes like the stick style, then to the EGO and at last, the MOD. What happens when you’ve made your way all the way to the advanced stage? Well… that’s for you to decide. Vape Hard!