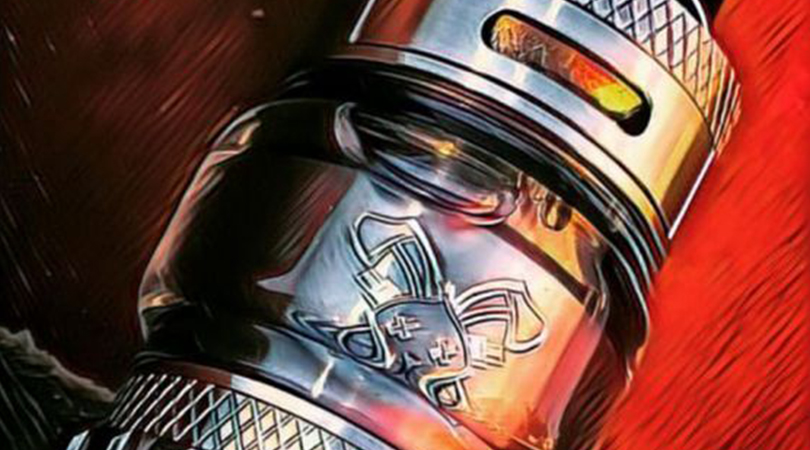 Hellvape shocked the world when it partnered with Vapin’ Healthen to develop one of the vaping industry’s most iconic RDA’s, the Dead Rabbit RDA. It looks to generate the same success in its latest release, which is the Hellvape Dead Rabbit RTA. It carries the same ring to it, it’s still an awesome collaborating between both Hellvape and Vapin’ Heathen, and it’s been designed flawlessly to deliver the best vaping experience possible.

Magnificent in design and absolutely superb when it comes to quality, the Hellvape Dead Rabbit RTA is a step above the rest. It features a 24mm diameter, giving it a compact design without compromising in other areas. It’s constructed of a high-quality stainless steel material that generates great durability and bold appearance. The looks are absolutely phenomenal, boasting knurled top and bottom caps, while the inner wall sleeve gives way to CNC engravings to present a rather striking appeal.

This rebuildable tank atomizer receives its massive glory from its simple functioning build deck, where it features four posts with gold-plated positive posts. Installing highly complex coils are a breeze, and it accepts both single and dual coil options to further expand its use. Each terminal has been designed perfectly, accepting side mounted hex flathead screws and have been included with the RTA. Aside from its large 5mm deep juice well, the Dead Rabbit RTA has a large e-liquid capacity, which is due to its bulb glass tube design.

Everyone knows that airflow is a game-changer when it comes to an atomizer, so Hellvape and Vapin’ Heathen was sure to integrate a top-side diagonal adjustable airflow design, which prioritizes flavor output and at the same time minimizes potential leaking. As you would expect from any solid atomizer manufactured by Hellvape, they’ve also made the airflow adjustable for both single and dual coil options, and the knurled cap makes it super easy to make even the slightest adjustments. Further enhancing its airflow offering, an 810 wide bore drip tip rests at the top, increasing the air intake for maximum performance.