KangerTech has been around for year’s, becoming a staple within the industry and known as the leaders in the clearomizer market.  Kanger also gained its popularity from its Evod battery, but that’s about as far as they’ve went when venturing into devices… that is until the Kanger Kbox.  The vaping market continued to move forward and Kanger was still stuck, limiting itself to only manufacturing its outdated Evod battery’s and its clearomizers which it continued flourish with success.  As soon as Kanger released its first box mod, the Kbox, it entered into a different realm within the market, and I personally feel that they already knew there was a lot of competition, so something different had to be done to really stand out.  With that said, Kanger released a minimalist box mod with just enough power to compete with other popular devices, but at such a low retail price that it made sense to purchase it.  Learn more in this Kanger Kbox Mod Review.

The Kanger Kbox looks like a box mod and a tube mod were mixed into one.  Really, one side of it looks just like a tube mod, while the other side is more squared off like a box mod.  As you would expect, the tube portion is where the 18650 battery rests inside, while the box portion is where the electronics are, as well as the fire button, the wattage button and the LED indicators for battery life and wattage.  Being that the Kbox does not have a display screen, the wattage numbers are etched into the device and little holes that illuminates light.  The fire button above it is small, round and very clicky.  Back towards the tube part is the Kanger logo that has been cutout to add to its appearance.  The top of the device says “KBOX” to the left, while onto the right there is the 510 connector and cutouts for air around it.

There isn’t a whole lot to cover when it comes to the appearance of the Kbox, and that’s because it was made to be a simple device that focuses strictly on getting the job done. 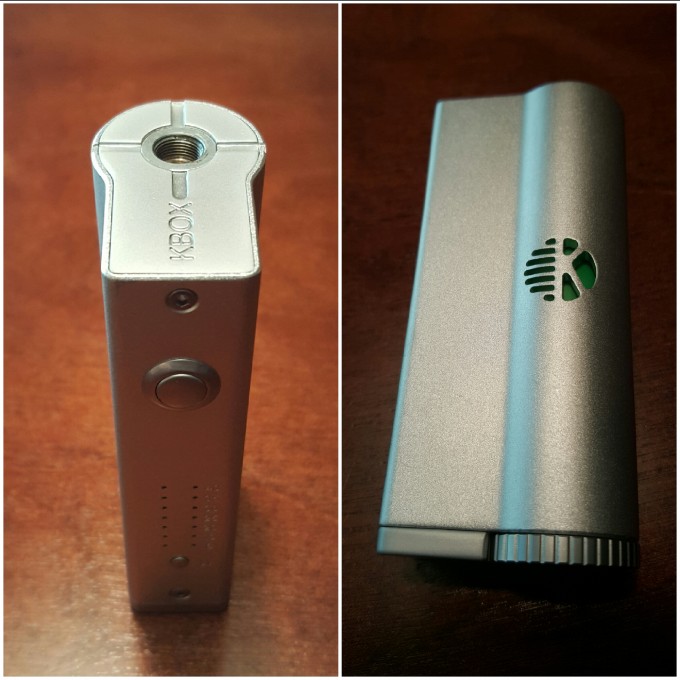 Although I would love to dish out tons of features and super highlights that make this device a killer, I just can’t because again, there just isn’t much to the Kbox.  However, the focus around the Kbox was to make it a cheap device while still offering a fair amount of power.  The Kbox offers up to 40 watts of power, but when you compare that 40w with other devices that have 40w, the Kbox trumps them all easily.  For some reason, the Kbox is super hard hitting at 40 watts, which makes me really enjoying using this device.

To adjust the wattage, there is a small button at the bottom of the Kbox. Just above that button is little holes that have white LED’s behind them. When you press the wattage button, the hole next to the wattage you’re currently at will light up.  the holes to the left’ of the wattage indicator is to show you how much battery life you have left.  As I said, this device was meant to be very minimal, and that is how they’re able to retail it for so cheap.

There are, however, a few other small features, such as a 510 spring-loaded connection, 18650 compatible, as well as short-circuit and over current protection.  In addition, one notable and stylish feature is the Kanger logo we mentioned earlier on the tube portion of the device.  It not only acts as an appearance feature, but it also allows you to see the battery in the device and acts as a ventilation. 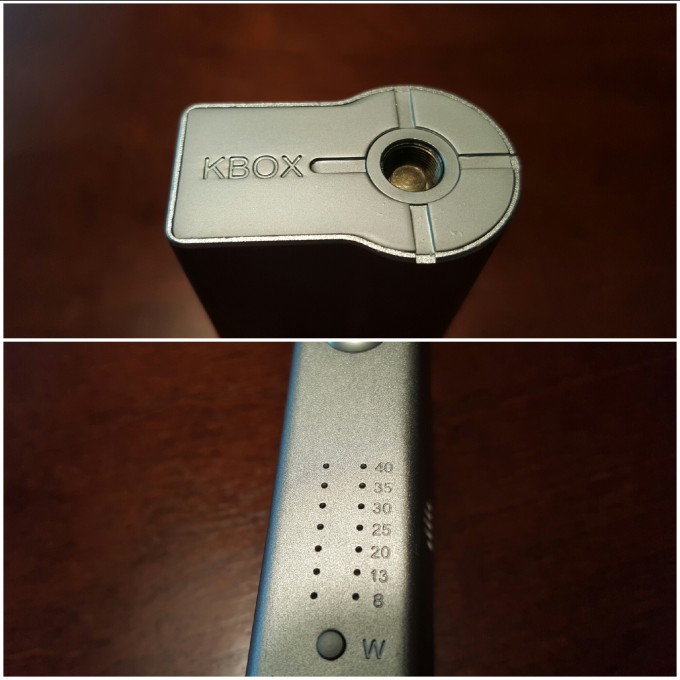 Though the Kanger Kbox may lack in features and a bedazzled appearance, it surely makes up for it when it comes to performance.  Power for power, this is the hardest hitting device that I’ve used, and also happens to be the cheapest in price too.  It almost seems as if the 40 watts it provides is actually more than what it states.  Either way, the Kbox performs great and is easily the best purchase I’ve ever made for a device.  If this doesn’t become your all day device, it should at least be purchased as a backup… you can’t go wrong with such a low-cost for something so great. 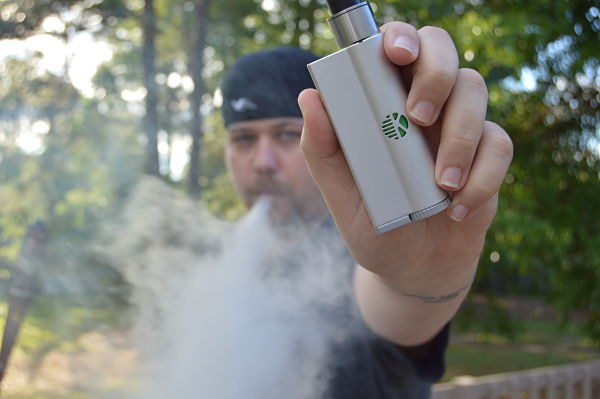