After a summer of insanity, during which time the State of Pennsylvania passed laws that have already forced many vape shops within its borders to close it appears that cooler weather may be aiding cooler heads to prevail.

Due to go into effect October 1st, the retroactive vape tax requires that any shop selling vapor products pay a 40% tariff on any inventory they have in stock, but there is no need to worry as the lawmakers gave them an additional 90 days after this date to come up with the cash. 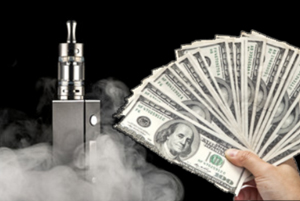 In an effort to grab $650,000,000 as part of their tax hike package, the State house targeted the vaping industry with a $13,000,000 bill.  While asking for 2% from small businesses may not seem like a big deal to those in office, most of the businesses can not survive such a massive loss of capital.

Over the course of the last few weeks, PA has seen vaping industry advocates converge as they attempted to find common ground with Gov. Wolfe in an attempt to keep people in business and get the State some of the money it was looking for.  Most people don’t realise that at the same time as putting a stranglehold on small business, the same politicians were giving huge tax breaks to multinational corporations in an attempt to keep them doing business within the State lines.

In the last 7 days we saw the Capital building overflowing with business owners, vapers and advocates from around the country hoping to shine a spotlight on the travesty that is about to go into effect. Some may have seen it as a simple rally while others have declared it a line in the sand, but whichever way you look at it, those in attendance gained a few moments in the public eye to put across their case.

As it happens, on September 27, the House Finance Committee in Harrisburg voted 19-4 to repeal the 40% retroactive inventory tax and replace it going forward with a 5c/mL tax on e-liquid.   HB 2342, sponsored by Rep. Jeff Wheeland, would allow the State to collect revenue without putting Pennsylvanians out of business and allowing the blossoming vaping industry to continue growing.

There is still a long way to go before it reaches the floor of the House or the Governor’s desk and any number of things could stand in its way.  Even if it’s passed and signed into law today, it’s already too late for the 50+ businesses that have already closed their doors for good.

Everyone understands that Government needs money to continue to operate, but targeting a single industry comprised almost entirely of small businesses and pushing it to the brink of extinction is extremely poor management from those in power.  Unfortunately, the tax in Pennsylvania is not the only idiotic piece of over-reach we have seen in recent months but hopefully it will be the first one to be rectified.

While anything over the States regular sales tax shouldn’t even be a consideration at this point, until we can win the other battles in this war — removing products that contain no Tobacco from the Tobacco classification — 5c/mL is better than no shops to sell e-liquid.