When the Sigelei 213 first hit the market it was swamped with controversy, most of which the Fuchai managed to avoid.  Over the course of the next few minutes we are going to take a quick look at both mods which, on the surface, look and act almost identical.  Does one outperform the other or are these the same device with 2 different names?  Can either of them hit the advertised 213 watts of power or was Sigelei over selling on a promise it couldn’t keep?  These are questions we hope to answer here, and despite what you may have heard, they’re actually solid little mods. 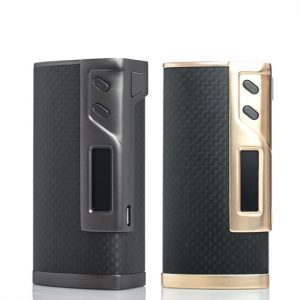 Initially advertised as a 213 watt, temperature controlled device with upgradeable firmware, it was pounced on by the wolves in the review community who saw it for what it was.  With a maximum power output of 155 watts, this dual 18650 powered device is no slouch when it comes to throwing out the vapor, it just doesn’t go where the company said it would.  The temperature control settings may not be as accurate as other mods in this class, but they are close enough to do the job.  Some people thought that Sigelei had aimed for mediocrity and hit the mark perfectly, but others enjoyed the mod and still do.

It is a good looking mod, in fact since it’s release it has inspired several other manufacturers to follow the design quite closely.  Adjustment buttons and screen on the front face with the firing button on the side, ergonomically rounded sides to fit perfectly in the hand, the Sigelei 213 has a solid design concept, but fell slightly short when it came to performance.  For a vaper looking for a 150 watt device however, the 213 was a perfect little package right out of the gate for less than $100. 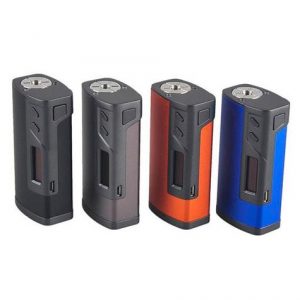 Released less than a month after the 213, the same wolves expected the Fuchai to be as disappointing as it’s predecessor, but Sigelei had made some changes.  It essentially looked like the 213, same body shape and button layout, just in different colors.  For me personally, the Fuchai was the device that should have been released as the 213, but the manufacturer like several others, jumped the gun and dropped a device on the market that wasn’t up to the customers level of perfection and it hurt the reputation of the Fuchai before it had a chance to shine.

Different firmware meant that the device could get to the advertised wattage, a couple of extra solder joints on the board meant that it could now be upgraded via micro-USB, and the temperature control calculations were much more accurate than the original and was a better mod all around than the device it came to market to replace.

Less expensive put the idea into people’s heads that it would be lower quality than the 213, but the reality of the situation was, and is, completely different.  The concepts were carried forward from the 213, improved on, and the Fuchai 213 is a solid mid-sized vaping device.

There are many places you can buy both the Sigelei 213 and the Fuchai, but we, of course, have a recommendation.  There are several factors that go into our recommendation on where you should buy one of these devices.  Our recommendation is one that we regularly use here at GuideToVaping.com, because it offers you, as a custome, great incentives.  Truth be told, it is a site that we often order from ourselves.  They also happen to be an affiliate of the website, meaning each purchase you make through our links earns us a small commission which allows us to continue our work of keeping the vaping community informed and keeping the office lights turned on.

Sigelei Fuchai: GET IT HERE