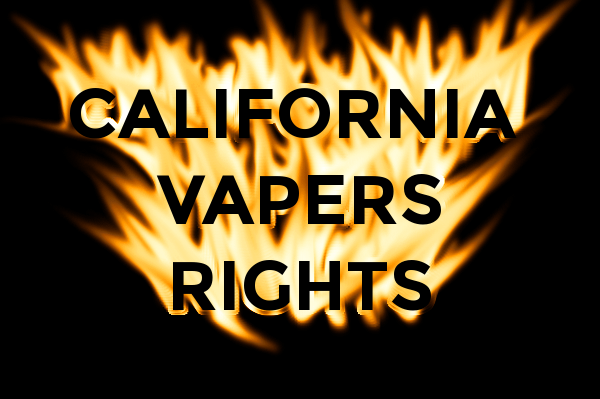 It is a dark day for vapers everywhere.  In true political fashion, yesterday, in an unrelated special session the State of California pushed through legislation that will decimate the vaping industry within its borders.

In short, the bills that passed the House yesterday read as follows:

Both measures are expected to pass the senate and be on the Governors desk shortly.  Unless a miracle happens, this will become law before the end of the year.

House republicans in the most part did everything that they could to prevent the passage of these bills.  From attempting to close down the special session, arguing that the Democrats were distorting the intent of the special session to outright calling the measures nonsensical.  Personally, I have never understood how someone can be classified as adult enough to vote, go to war and serve on a jury at the age of 18 but is not considered responsible enough for their own actions to be allowed to drink and now we can throw smoking and vaping into that mix also.

Senator Mark Leno’s original bill never made it out of committee hearings as wave after wave of opposition showed it for the power grab that it actually was.  As the state loses billions in tobacco sales revenue classifying these products as tobacco is a sure-fire way to make back some of the lost income, as well as making sure that the politicians major donors continue to generate money from the nicotine replacement therapy drugs that they peddle.

California is facing some serious problems, many of which could be alleviated by supporting its growing population of small businesses.  Unfortunately, with this measure, they have just alienated a massive chunk of their potential future earnings as 65% of the vaping industry is in California.  With the measures being proposed, it would not be surprising if these companies decided to take their companies elsewhere.

The Consequences Of These Laws 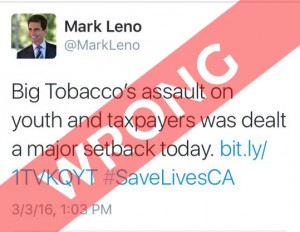 Aside from the obvious, that people who are between 18 and 21 will not be allowed to vape or smoke and the fact our products are about to be taxed through the roof there are several other side effects to politicians deciding to play God.  Firstly, under tobacco laws, companies are not allowed to advertise their products.  That means no more pages on Facebook or websites in general for that matter.

Tobacco companies are not allowed to sell online, the only place you can buy products is from a licensed retailer.  If you don’t like B&M markups now, you are going to hate them in the future.

By continually claiming that they are protecting children from a lifetime of addiction, they are actually forcing out an industry that could send the tobacco industry into oblivion if left alone.  Despite countless scientific studies and foreign governments stating that vaping is probably the greatest breakthrough in preventative disease so far this century, these”community leaders” are dead set on handing the future to the very companies they claim to be fighting.

If these people had a shred of decency and an ounce of compassion for the very people they claim to care so much about, they would leave the vaping industry alone, but as this is all about lost revenue and putting money in the pockets of their contributors they will push ahead.

What Can We Do?

This battle is by no means lost.  Granted, these bills have passed the house and are moving to a Senate that they are pretty much already green lighted, but the Governor, Jerry Brown has to sign them into law.  Where ever you are in the United States, this affects you personally, as soon as this becomes law every other state will follow suit like a bunch of sheep heading to the dipping station.  Get on the phone today and call the office of the Governor and tell him how the passage of these bills is a travesty and will cause irreversible damage to not only our industry and health but also the financial well-being of his state.

Attention:  Request a Veto of SB2X5 and SB2X and explain why these laws are a bad idea