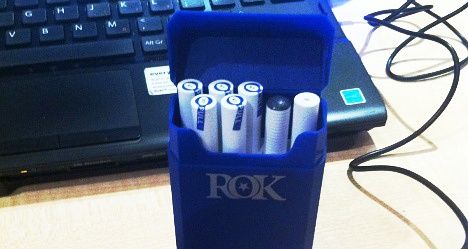 Pioneering research conducted in Geneva shows that electronic cigarettes often contain as much nicotine as real cigarettes, and twice as much as other replacement therapies such as nicotine patches.

The results of the study, conducted by researchers from the universities of Geneva and Auckland, have been published in the November issue of the European Respiratory Journal.

The report shows that electronic cigarette users and regular smokers have similar levels of cotinine, a product of the degradation of nicotine by the liver.

This is the first time cotinine data has been published after studies on electronic cigarette users in real-life conditions.

The new research conducted with 30 former smokers shows that experienced users in real life conditions receive a dose of nicotine comparable to the amount they would get from actual cigarettes.

In addition, the levels of cotinine in electronic cigarettes have double the amount of nicotine found in other products used by smokers to quit, such as patches, said Jean-François Etter, head of the study and researcher at the Institute of Social and Preventive Medicine in Geneva.

It’s not all bad news, though. Even if fake cigarettes still contain nicotine, Etter told news agency ATS that smokers who use them “are not exposed to some 4,000 toxic substances present in tobacco cigarettes.”

I find a story like this to be a real waste of words to be honest. Now don’t get me wrong, I like that more studies are being done with electronic cigarettes, however the people that are doing these studies have no real idea about the e-cigarettes.  It doesn’t take some super scientist to know that when switching to the electronic cigarette as an alternative to smoking that you could easily purchase your e-liquid at various amounts of milligrams. If you’re wanting a alternative to your analog cigarette and want to stay at the same nicotine level, but want to get rid of the tar and other toxins, then you may want to start off vaping 24mg and if you want to get the same cessation with no nicotine, then 0mg will be for you.  When they conducted this study, I’m sure it was 24mg or higher that they were using and also fail to mention that you can get lower nicotine levels.

So I say again, this story is a real waste of words… agreed? Thank you.

To read more about this study and where published orignally, please visit http://www.thelocal.ch/national/20111102_1641.html#