Vapers and cigar smokers were recently subjected to erroneous and misleading regulations, created by the Food and Drug Administration in what they call a push to end tobacco addiction and create a “smoke-free generation”.

As noble as this goal may sound, lumping several industries, including one with products that contain no tobacco under one umbrella, the Federal Agency is being bombarded with fierce resistance.  As August 8th rapidly approaches, the day that the regulations come into effect, war drums are being beaten and the FDA are facing a legal beat down on many fronts.

Over the course of the next couple of minutes in “The Art Of Law”, we will have a look at the actions these industries are taking as they attempt to stop the FDA in its tracks.

Many of our readers are already aware of the various vaping industry actions that have been launched but tend to forget that the FDA’s deeming upgrade of the Family Smoking Prevention and Tobacco Control Act affects more than just one community. 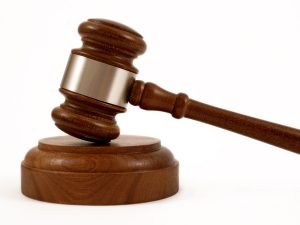 In a recent report from HalfWheel.com we learned that the Cigar Association of America (CAA), Cigar Rights of America (CRA) and the International Premium Cigar & Pipe Retailers’ Association (IPCPR), trade organisations within the cigar industry will file a joint lawsuit against the FDA, possibly as early as July 4th.

Up to this point, several suits have been filed from the cigar industry side, a couple from companies who are fighting different aspects of the regulation.  One that jumps off the page is Altria, the worlds largest tobacco product manufacturer, taking the agency to task over restrictions that would force them to change the name of the “Black and Mild” brand.  According to the FDA, this would be classed as a “modified risk claim” as they use the word mild in the name.

Even if these trade organisations fail to come together as a single entity going forward, they are seasoned enough in the legal arena to get lawsuits in the courts and bring the FDA to heel.

The enemy of my enemy may not necessarily be my friend, but the tactics he uses in the same fight should be studied and emulated.

The cigar industry is not still wet behind the ears, they have been around a lot longer than the decade old vaping phenomenon.  This is not their first dance the good old boys in DC and it wont be their last, they collectively understand that these regulations need to be beat even though they are protected from the worst part of the regulations with grandfathering or substantial equivalency (SE) claims at their disposal.

These guys are in business and they mean business, they aren’t riding a get rich quick and get out of dodge train, they are interested in keeping their industry and their community thriving and in one piece.

Lobbying and pushing lawsuits as a cohesive unit is the logical way to attack a massive federal agency who have already stated that for these regulations to be beaten, we will have to do it page by page.  They are in the mind-set that they will continue to enforce any part of the regulation that hasn’t been specifically thrown out by the courts for as long as possible.

Mom and Pop shops have no way forward alone, nor do any of the thousands of individual e-liquid manufacturers that are deciding whether they want to try and comply or get the hell out.  Vaping has the trade organizations, it has the leadership ready and willing to do the job of going toe to toe with the FDA but without the support of the people they represent, they’re being left impotent.

Several companies have taken it upon themselves to face the FDA, we have West Virginia legislator Larry W Faircloth who has filed suit, and just this week the “Industry 11” has thrown its hat into the ring.

If we want to protect our livelihoods and the community surrounding it, we need to go to the mats together.  The industry 11 should have had trade associations from every single state ready to sign off as plaintiffs, the Right 2 Be Smoke-free coalition should have so many donations coming in that the bank account breaks.

The time for hope and prayer is behind us, its time to act like the cigar industry and rally together or sit here and watch everything fall.