Even though “Brexit and the TPD” sounds like the name of a killer punk band, the topic of discussion today is a referendum held earlier this week in Great Britain and the impact it may have on the future of vaping in my homeland.

Over the course of the last 24 hours the British Prime Minister, David Cameron, has heard the citizens of the United Kingdom demand removal from the umbrella of the European Union.  Although the results were close, over half of the 77% voter turn out decided that going it alone would be a better option than remaining with their faltering European partners as they move forward.

The Prime Minister handed in his resignation and said that new leadership would be required as the nation changed direction, which is expected to be in place by October this year.

Although it is far from being the only topic that left a nasty taste in the mouths of Britons, article 20 of the E.U. Tobacco Products Directive played a roll in the “leave” votes of many I have spoken to today.  A recent poll showed 90% of Britain’s 3.2 million vapers would vote “Leave” based on the implementation of this particular law, however many other issues were also factored in.

Despite recommendations made by The Royal College Of Physicians and Public Health England declaring that vaping is 95-99% safer than combustible tobacco and should be encouraged for people who are unable or unwilling to quit smoking, the Brussels based overseers decided to steam roll over the European market using their (Pharmaceutical industry written) regulations to pin everything down.  When the members of the House of Lords put forward a motion to nullify the TPD in England, members of the “remain” brigade made sure it was rapidly quashed.  Several vapers I have spoken to over the last 24 hours have told me that for them at least, this was the final nail in the coffin of EU membership. 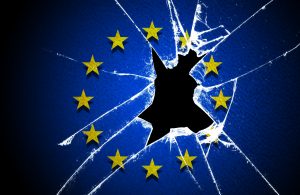 Regardless of pundits and presidents pushing for Great Britain to stay in the United States Of Europe, it now has the power to come back to the global stage as a stronger, independent body.  In the short-term things may look bleak but over the course of time things will improve.

As for the vapers question in this whole ordeal, the reason many became single issue voters, removing the TPD from British shores and moving forward with regulations that align themselves with the thinking of the medical professionals, only time will tell.

British law will be dictated by the domestic incorporation of the TPD, The Tobacco Related Products Regulations 2016.  The major difference between this and the TPD itself is simple; without the totalitarian dogma of the European union hanging over their heads,  law makers and vapers will be able to make changes over time.

By the time the Government gets around to making these changes however (bearing in mind that vaping is probably going to be low on their list of priorities at this point), most of the regulations dictated by Brussels will have already been put into place.

In 3 years time, will the only devices still on the British market comply with the TPD or will the people be walking around vaping on devices of their choosing?
The only factor determining that at this point will be the will of the vapers as they move their fight forward.