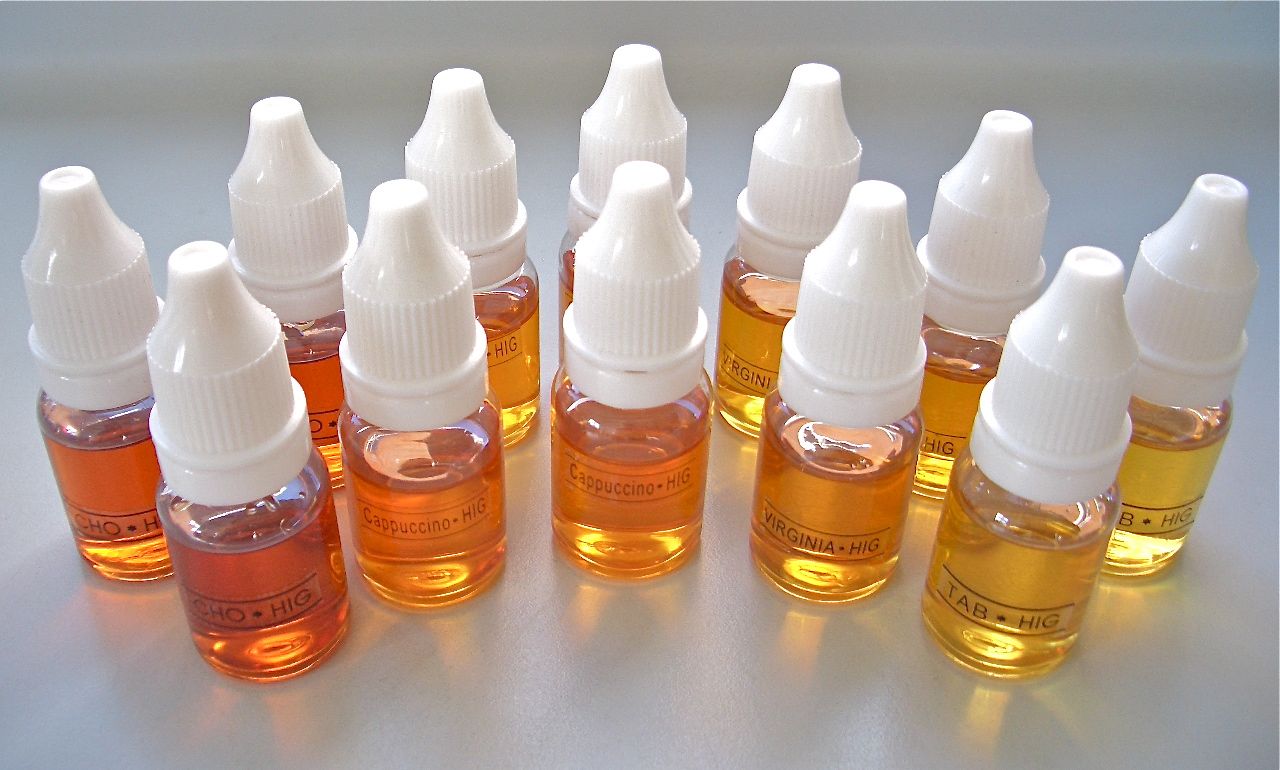 There have been many news media articles that claim there are this and that in e-liquid, but you must not be fooled by those headlines. As an understanding, electronic cigarettes were created to be an alternative to tobacco cigarettes. Those tobacco cigarette contained more than 4,000 chemicals that formulated as precisely mixed ingredients, some of which were specifically added to get you hooked, addicted and eventually will give you the impression that you have an old ball and chain tied to your ankle. That’s the way these cigarettes were designed, to trap you and keep you coming back for more to fill the pockets of big tobacco. However, as an alternative, electronic cigarettes are supposed to reduce harm. With that said, what we used with our e-cigarettes is called e-liquid. The e-liquid was designed so that you can continue to receive the perks you enjoyed most with smoking, just without those 4,000 ingredients.

What perks did we enjoy most with smoking?

For starters, many of us enjoyed the actual act of holding a cigarette. There’s something about holding something in your hand, maybe because it became so repetitious like taking up the habit of spitting even though that isn’t quite the best example. Then there was the act of inhaling, feeling the harshness of the smoke hit your throat and after, exhaling it to create a cloud of your once was satisfaction. Once the nicotine became absorbed into your body, it created a feeling of calm, a sense of enjoyment, and the overall presence of satisfaction. Though now it doesn’t seem so pleasing, the after-taste your cigarette left was pleasing as well.

Electronic cigarettes were designed so ingeniously that they’re able to create that same enjoyment with less ingredients and less harm to your body. Because a first generation electronic cigarette mimic’s the size and look of a traditional cigarette, it allows you to hold the e-cigarette just as you normally would. With more advanced devices, you’re still able to hold the electronic cigarette, but the weight limits the traditional ‘between the fingers’ type of hold. However, that same act of actually holding something continues to be there, no matter the type of device you’re using.

Because electronic cigarettes have a heating coil and are able to vaporize e-liquid, you’re able to inhale the vapor, receive the harshness of a hit to your throat, and exhale it to create a large cloud of vapor that has just given you the satisfaction from nicotine. You receive that same enjoyment, the calm feeling and that overall presence of satisfaction as you once did with your traditional cigarettes. And to, you have options of many e-liquid flavors, this time around though, you’ll receive a taste of a delicious and mouth-watering strawberry, mixed drink or bubble gum continue to linger in your mouth, instead of a gritty foul taste that you become used to and were limited to.

They’re truly miracle devices; take my word for it now or experience it for yourself. Make changes and decide your fate, because if you continue to smoke or fall back to it, there is a greater chance of illness or even fatality with smoking versus the alternative, an electronic cigarette.

What are the ingredients in e-liquid?

There are 4 ingredients found in premium e-liquid. To create this mixture that has the ability to be vaporized, inhaled and then exhaled, you must first begin with your base of Propylene Glycol (PG) and Vegetable Glycerin (VG). While PG is said to increase the flavor and that harshness to your throat (vapers call it throat-hit) in the e-liquid, the VG will help create the large cloud-like vapor since it has the ability to capture moisture molecules. What would your experience be like without flavor? – As many of you know, you were limited to only a tobacco and menthol flavor with traditional cigarettes. With e-liquid, you’re not limited, there are many flavor types to enjoy, and that is the third ingredient used to create e-liquid, the flavoring.

While many of you believe that nicotine was the source of your addiction, you’ve been led to believe this by tobacco companies so that cigarettes, in some weird way, seemed less harmful. However, the truth is, there are 4,000 chemicals found in tobacco cigarettes that also keep you coming back for more. The nicotine was what we believed we enjoyed most, so as an alternative, electronic cigarettes were created to vaporize a nicotine liquid. That being said, we have our fourth ingredient, nicotine.