According to the FDA, there’s absolutely no difference between the use of vaping devices and smoking cigarettes.  The 500 pages of deeming rule include a lot of very confusing regulations, but one in particular, has not only the vaping community, but a vast number of highly respected scientists and physicians from around the world scratching their heads.

We are going to spend the next few minutes looking at the FDA’s version of the truth and comparing it to information that in their own words, they refuse to trust.  They have this little concept known as “modified risk”, which basically states that unless individual companies who produce vapor products or electronic cigarettes spend many millions of dollars for each product to be put through a ringer of scientific tests, they can not claim that they are any different from lighting up a Marlboro.  As of August 8th, 2016, if a person selling a vapor product makes any claims that vaping is any less harmful or in any way different from smoking a cigarette, they and their company can be subjected to some serious repercussions.

Before we get into this, I would like to point out that, according to a great friend of ours here at Guide To Vaping, the FDA has repeatedly made the assertion that the only evidence they trust is American research.  They are not paying attention to the most prestigious group of Physicians on the planet or a foreign national health organization, both of whom have destroyed the FDA’s overview with an eye towards public health rather than prohibition, but apparently American science is different from the rest of the world.

Unless of course it is negative towards vaping, then they make sure to include that on every other page.

The First Difference Is In The Name 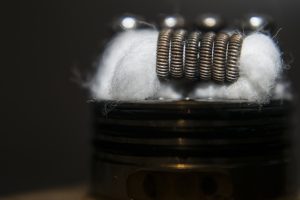 As you may have already noticed, one is called vaping, and the other is called smoking.  There is a reason for this, despite the FDA’s best effort to insert the claim that vapor products can not be deemed “smokeless” because there is a possibility, under certain, highly unusual, and highly preventable conditions that vapor products may catch fire.

Vapor products literally atomize the e-liquid (Vegetable Glycerin, Propylene Glycol, Food Grade Flavorings and in some cases Nicotine) by heating them up to essentially create a form of steam.  Now, even though some have tried to change the dictionary definition of the word smoke to include “a mist of super fine liquid particulates”, for thousands of years this has been known as mist, fog or vapor.

Think about it in terms of looking up at a Plane, flying through the sky.  It is normal to see a vapor trail coming from the back of an aircraft, but everyone freaks out if you say it’s smoking.

Only One Is A Tobacco Product 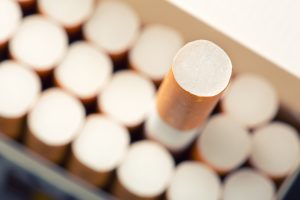 Despite the FDA’s best efforts to brainwash the nation, only one of these products actually contains tobacco.  One may or may not have a chemical compound derived from the tobacco plant, but in their wisdom, this federal agency has decided that if you can be seen as potentially using it for vaping, it automatically becomes a tobacco product.

I wish I was making false statements right now and this was all a joke, but alas this is all too real.

In their wisdom, they have deemed that should a person go to the store and buy cotton balls, vegetable glycerin, rock candy flavorings and a plethora of other things that have a variety of uses, they can be deemed as tobacco products.  Now, if I were to go into a store and buy a pack of Newports, I would have no argument as that product contains tobacco.  The nicotine part of the e-liquid may be derived from tobacco but if someone bought nicotine free e-liquid, they are still going to be charged for the nicotine part.

The Difference In Health Costs

According to our beloved federal agency, there is no difference between filling your lungs with cigarette smoke and vapor.  No one is able to make claims about their products that say anything that differs from this.

Do you remember earlier that I posted 2 links on the page, one from the Royal College of Physicians and the other from Public Health England?

Both of them state, quite categorically, that vaping is 95% less harmful than smoking (they actually believe the figure is closer to 100%, but they can’t make that statement because putting anything other than clean air into your lungs could be potentially harmful).  But as this is not American based research, the FDA believes it can ignore this and focus on the scare stories that are being put out to gain complete control of a blossoming industry that has the potential to save millions of lives.

If you want to know the true difference between vaping and smoking, it is actually very simple:  The FDA already regulates one of these products and pulls in a great deal of money for the government doing so, it needed your help to gain control over the other at whatever cost.

In 3 months time, there will be absolutely no difference what so ever.